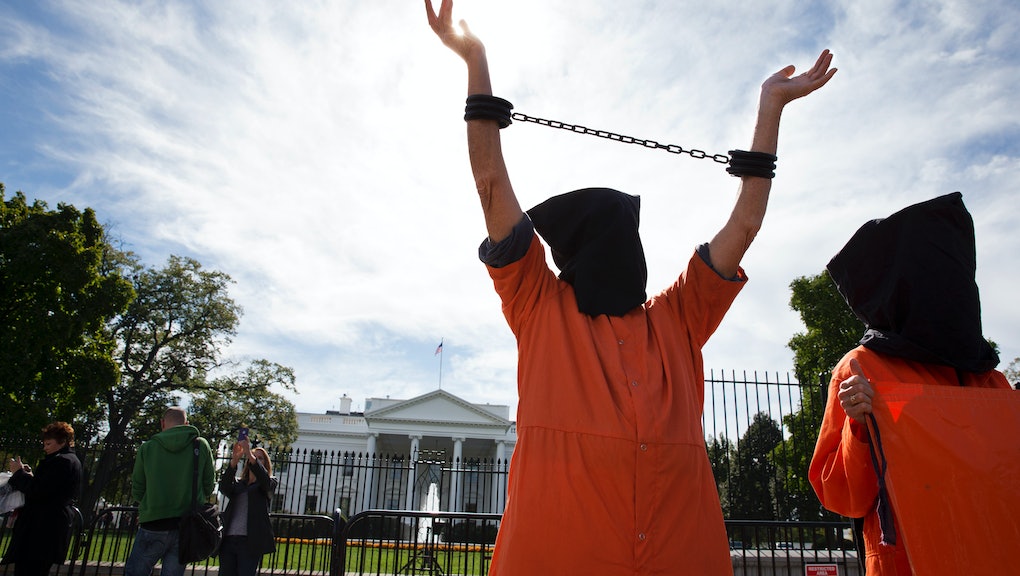 The Senate Select Committee on Intelligence has just released its long-awaited, long-delayed report on the use of torture by the U.S. government — and it's even more damning than we thought.

The $50 million report, released only weeks before the Republican takeover of the Senate, dives deep into "enhanced interrogation techniques" — a term described by previous government reports as a euphemism for torture — used by the CIA during the Bush administration's "war on terror." The report concludes that the CIA exceeded Justice Department guidelines on the authorized use of enhanced interrogation techniques, and that the agency misrepresented its actions both to Congress and the White House.

The complete report, which adds up to more than 6,000 pages, was compiled over the course of more than four years of research by Democratic staffers on the committee after Republicans refused to participate in the investigation. Using evidence from more than 20 "case studies," including the search for Osama bin Laden, the report paints a disturbing picture of post-9/11 intelligence-gathering. According to the Senate Intelligence Committee's leadership, the CIA's use of waterboarding, sleep deprivation, beatings and exposure to extreme temperatures illustrate serious misrepresentations by the intelligence agency about its counterterrorism programs.

Intelligence Committee Chairwoman Sen. Dianne Feinstein released four "key findings" from the report: the CIA's "enhanced interrogation" techniques were not effective; the CIA provided extensive inaccurate information about the operation of the program and its effectiveness to policymakers and the public; the CIA's management of the program was inadequate and deeply flawed; and that the CIA program was far more brutal than the CIA represented to policymakers and the American public.

Only the 499-page executive summary is expected to be released, with redactions of the identities of CIA personnel and the locations of the intelligence agency's secret prisons, although administration officials say that 93% of the report will be unredacted. The report, originally expected to take only a year to complete, has been dismissed by the CIA as a partisan hack job and riddled with inaccuracies. The agency also maintains that waterboarding — a crime for which Japanese soldiers were hanged after World War II — does not constitute torture. Senate Republicans on the Intelligence Committee who refused to participate in the report will also issue a response.

Anticipating possible blowback against American military and diplomatic installations following the report's release, thousands of Marines in the Middle East have been put on alert. "I've directed all of our combatant commanders to have all their commands on alert because we want to be prepared, just in case," said Defense Secretary Chuck Hagel. "We've not detected anything specific anywhere, but we want to be prepared, and we are."

In a statement released minutes after the report, President Obama called many of the actions described in the report as "contrary to our values":

No nation is perfect.  But one of the strengths that makes America exceptional is our willingness to openly confront our past, face our imperfections, make changes and do better.  Rather than another reason to refight old arguments, I hope that today's report can help us leave these techniques where they belong—in the past.