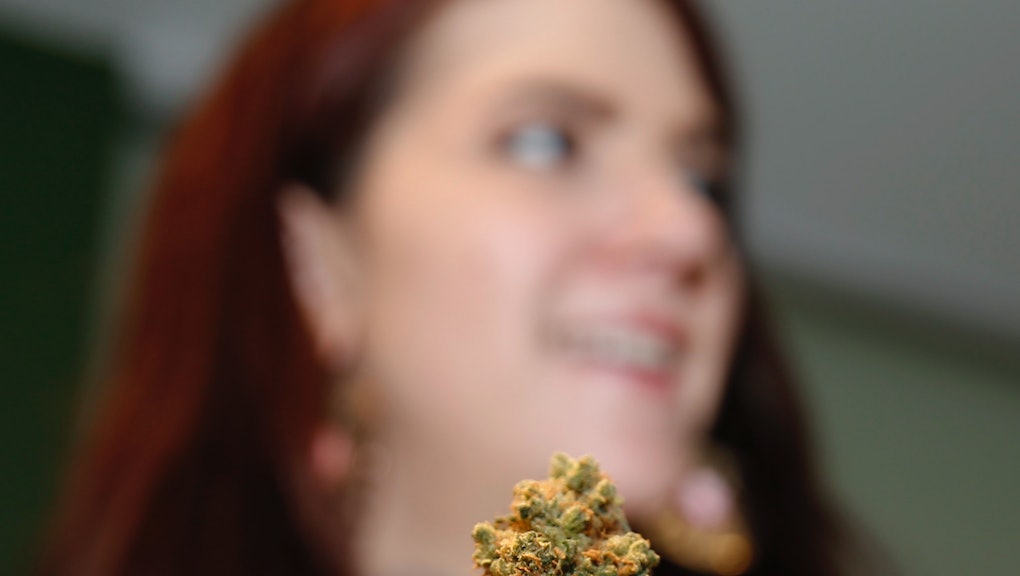 The marijuana business in Colorado is flying high, but since its legal launch in January it has been plagued by a major problem: Since marijuana is still illegal under federal law, banks won't store pot businesses' money for fear that they could be prosecuted for involvement in drug trafficking or money-laundering. Now the state is on the brink of resolving that problem through the approval of its first-ever marijuana industry credit union.

USA Today reports that Colorado banking regulators have granted Fourth Corner Credit Union a charter with the hope that it will serve as a legitimate bank for growers, sellers and investors.

At the moment, dispensaries have been pushed to desperate measures by their excess green. USA Today reports:

Money-management concerns have gotten so bad in Colorado that many of the state's largest stores have hired armed security guards to handle their cash, which they use to pay bills and even their taxes, sometimes delivering it to the state Department of Revenue in buckets and boxes.

The new bank would allow people in the marijuana business to handle transactions without cash and put an end to many handlers' reliance on private security firms.

The step also serves as an example of how the state benefits from legitimizing and institutionalizing marijuana.

"If you can't get your cash into the Federal Reserve system, you end up stockpiling it in your home, in caves, in your business. At some point, the risk becomes worth it for organized crime," Chris Myklebust, the state's commissioner of financial services, told USA Today. "I've never even held a joint, but I really want to see them banked."

Some vital steps and questions remain. The credit union is waiting for the Federal Reserve to provide it with access to the country's electronic banking system, which the bank is supposed to receive after being granted a state charter. It also needs deposit insurance, which all financial institutions are required to carry. According to ThinkProgress, approval from the federal agency in charge of insuring credit unions may take up to two years, and so the union could end up pursuing private insurance. Without any precedents, it's difficult to say what legal differences between federal and state regulations might complicate future steps.

At first, Four Corner will limit its operations to the state, and the flow of money will be monitored closely to ensure that it's not being funneled into cartels. For now, though, the fact that a credit union has been approved to handle pot businesses' finances is another sign that the marijuana industry is gaining legitimacy.