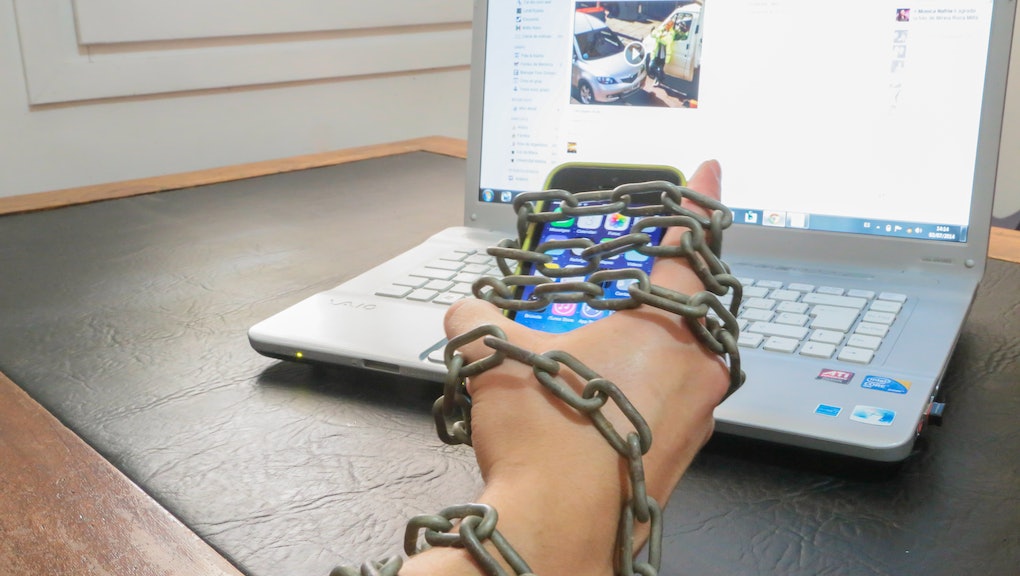 The news: Even when your cell phone isn't in your hand, it can wreak havoc on your concentration.

A new study published in the journal Social Psychology reports that the mere proximity of your cell phone is enough to distract you from complicated tasks — even if it's not on.

The science: A group of 50 college students completed a set of tasks in their statistics class, first with their cell phones out on their desk and then with their phones stored out of sight.

How can just looking at your cell phone be so distracting? According to study author and University of Southern Maine psychologist Bill Thornton, cell phones remind people of the socializing and connectivity that lies at their fingertips. This, in turn, detracts attention from what you're actually doing,

"Even if it's just mental, your focus is not on the task at hand, whether it be trying to write an article, get this spreadsheet set up or just socializing; your mind is elsewhere," Thornton told Time.

The mind-wandering that cell phones cause undermines not only focus and productivity, but can also negatively affect happiness. Studies have found that mind-wandering can be more detrimental to happiness than a miserable activity, such as commuting.

The effect applies even if the mind is wandering in pleasant ways. Scientists suggest this is because focus is key to enjoying experiences and fully engaging, which, in turn, contributes to happiness.

It's not just your own happiness: Recent research also found that the mere presence of a cell phone detracts from our ability to connect with other people, especially in meaningful or romantic ways.

Couples that have meaningful, personal discussions with a cell phone in sight report "lower relationship quality and less trust for their partner," because they see their partner as "less empathetic to their concerns."

For most of us — particularly the 60% of people who can't even go an hour without checking their phone — this isn't very good news. While a quick glance down at your phone during work or placing your phone on the table during dinner might seem harmless, it most definitely isn't. So get off that phone and pay attention to the world. The Internet will still be there.