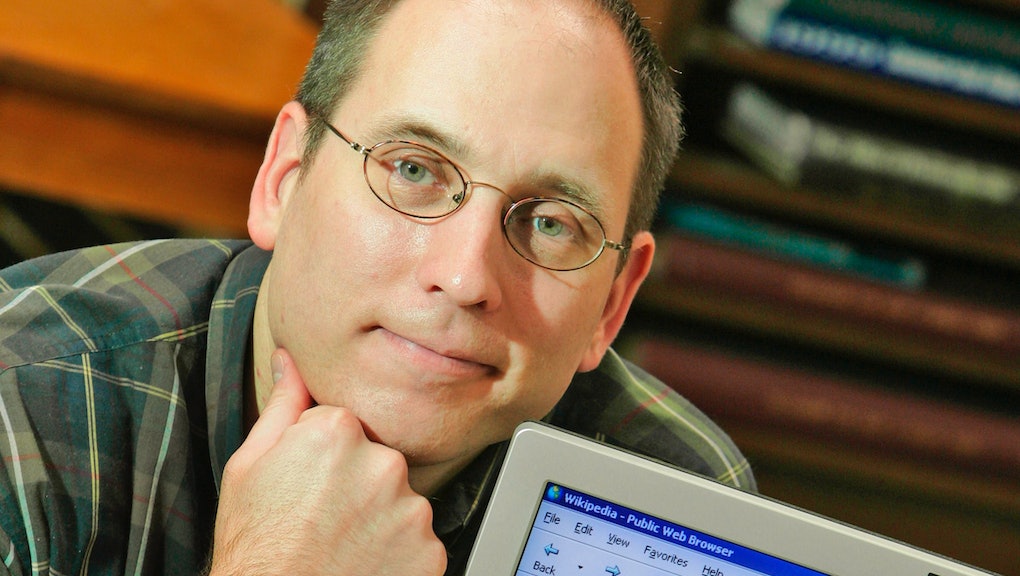 It's happened to all of us. You're looking for some info on a topic, so you turn to everyone's best friend when it comes to easy research: Wikipedia. And what starts out as a simple scan spirals into reading entry after entry, until you're at something like the list of guest stars who've appeared on Sesame Street.

Don't worry, you're not alone.

Cool Freaks' Wikipedia Club is a public Facebook group devoted to all the oddest corners of the online collaborative encyclopedia. Members post and discuss the strangest pages they find on the site, ranging from string cheese to the Four Horsemen of the Apocalypse.

"CFWC makes the curation into a community. We're all just propelled by this insatiable desire, and it's created a culture," group moderator Sophia Spina told Mic in an email interview. It's not just a few people posting, either: The information-loving society recently surpassed 30,000 members.

One of the ways the club assures growth is being open; anyone can see the group, its members and their posts. With its current visibility settings, your Facebook friends' comments in the group can pop up in your newsfeed, not unlike a surprising Wikipedia find.

The group is mindful about how it builds its community: If people want to join, they have to be approved by a current member. It's also moderated by 21 administrators and has set rules. Trigger and content warnings are attached to many of the posts, and there's a list of topics that are banned, such as serial killers and genocide. You'll want to follow the rules, because the mods aren't afraid to ban people who cause strife.

"We're infamous and famous. We promote that it's a safe space. We want a place where people can geek and nerd out," Tyne Uzo, the group's secretary, told Mic. That being said, members will still argue about some of the most random topics. "I've seen people fight about wolves," she said. "People are passionate about the strangest things."

A piece from Vice argues that CFWC members are sometimes too sensitive. But the group strives to do its best to maintain a vision for the community, and doesn't tolerate hostile antagonism. According to moderators, CFWC is a pleasant place where people can revel in their love for random details and stumbles into unexpected information.

"I think that many people [didn't] talk about it as much until there was a forum for opening up the discussion and what they found through research or their curiosity," said Ben Wilson, one CFWC admin. "I think it's pretty widespread, and what I get from the group is that there's a lot of people who read Wikipedia."

CFWC is all about the more obscure pleasures, but most of the joy is in the sharing. Here are a few favorite weird Wikipedia pages from group administrators:

"This article opened my eyes to a whole new world of what can constitute a 'salad.' Even the article itself seems suspicious, placing hesitant little quotes around the word 'salad' at times; and, of course, the article suddenly concludes with a sort of existential wavering."

"I learned that he got so drunk once that he peed on Winnie the Pooh."

"Basically it ties into lumberjack lore and other aspects of Wikipedia lore: lists of lists."

Now we know -- and knowing even more is just one click (or a bunch) away.