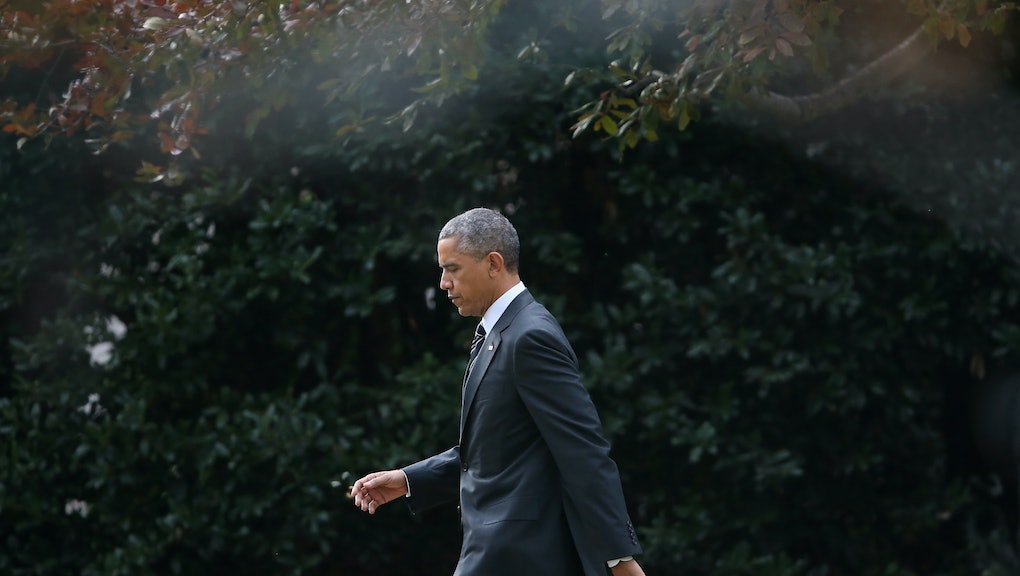 The Senate Intelligence Committee released Tuesday its long-awaited report on the U.S. government's use of torture in the aftermath of 9/11. It's rife with stories of a variety of shocking torture techniques, from mock executions to waterboarding and to submitting subjects to hypothermia-inducing conditions that were fatal in at least one instance.

The American Civil Liberties Union's executive director, Anthony D. Romero, argued in the New York Times that this may be the last opportunity the country has to hold the perpetrators of the torture regime accountable. And he has an interesting proposal: President Barack Obama should pre-emptively pardon members of the Bush administration who were responsible for the torture program.

At first blush this sounds like the opposite of holding someone responsible, but it may be the best hope of preventing future misconduct. Romero argues that pardoning those officials responsible would "make clear that crimes were committed; that the individuals who authorized and committed torture were indeed criminals; and that future architects and perpetrators of torture should beware." While too much time has elapsed for a serious prosecution, Obama could formally issue pardons of the architects of the torture regime to establish their illegality for future generations.

Under the Bush administration, the legal foundation and logistical coordination of torture was overseen at the highest levels of government, and without any formal recognition of their wrongdoing, the practices Obama repudiated when he came into office is more likely to resurface in the future. Romero contends that if greater measures aren't taken, we're leaving a dangerous door open:

The president leaves open the very real possibility that officials will resurrect the torture policies in the future. Indeed, many former CIA and other government officials continue to insist that waterboarding and other forms of torture were lawful. Were our military to capture a senior leader of the Islamic State who was believed to have valuable information, some members of Congress would no doubt demand that our interrogators use precisely the barbaric and illegal methods that the Obama administration has disavowed.

Of course, this was the case when Obama took office in 2009, and many advocates — including the ACLU — pressed upon him to prosecute the Bush administration, or at least set up some kind of truth and reconciliation commission to safeguard against this potential slide back into barbarism. Obama, ever the conflict-averse technocrat, declined to take such measures.

But Romero's case for a pardon offers a compelling middle ground. Given Obama's non-confrontational disposition and the fact that the window of time for prosecuting former officials has mostly closed, he could instead issue a pardon. This manages to establish formal legal precedent and brand Bush and his top officials as criminals, all without prosecution. Pre-emptive pardoning has historical precedent: Abraham Lincoln and Andrew Johnson did it for Confederate soldiers as a gesture of reconciliation after the Civil War; Gerald Ford pardoned Richard Nixon for the Watergate crimes.

A pardon by Obama could be accomplished with the stroke of a pen and will firmly establish torture as criminal and morally heinous. It won't compensate for past sins, but it can make it less likely they're committed in the future.