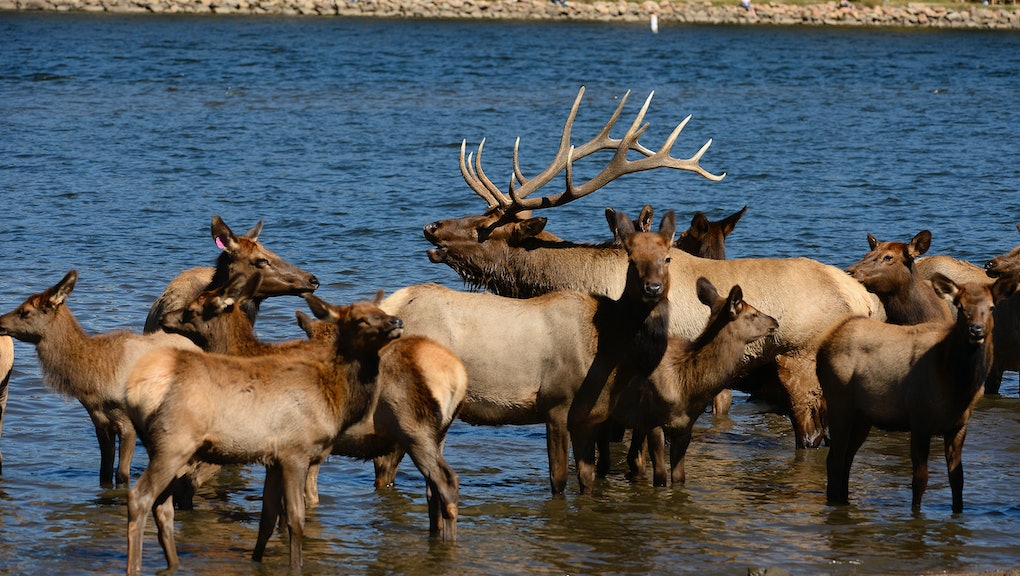 In an era when police officers seem to be killing unarmed black people with impunity, it's important to celebrate the small victories. So take heart, America — on June 3, a Boulder County, Colorado, jury revealed the one group against which police violence will not be tolerated:

That's right: The nationwide criminal conviction rate for officers who've shot and killed unarmed elk since 2013 is a staggering 100%, according to available data. In light of recent failures to indict Officers Darren Wilson and Daniel Pantaleo for the slayings of unarmed black men, the ensuing logic is clear:

Specifically, be an elk in the Mapleton Hill section of Boulder, Colorado. Here's what happened: On New Year's Day 2013, Boulder police Officers Samuel Carter and Brent Curnow allegedly spotted a bull elk "limping" (the elk equivalent of "reaching for the waistband") through the residential neighborhood and promptly shot him.

The elk died immediately. But it soon became clear that something was rotten in Denver.

Two versions of the incident emerged: The officers' version, which stated the elk was in severe pain, even aggressively so, and needed to be euthanized, and the other side, which claimed the shooting was a premeditated, calculated execution stemming from the officers' "fascination" with the animal's potential as a "trophy," according to the Denver Post.

In any case, the shooting galvanized the small community of Mapleton. Much like the protests demanding justice for Eric Garner and Michael Brown — but also not really like them at all, because elk — the people of Boulder called for an investigation. After all, the slain bull had become like family to them, a community fixture whom some had affectionately taken to calling "Big Boy" (or "Rufus" or "Humphrey," depending on who you ask).

The people got their wish. Evidence soon revealed that Officer Carter had planned the killing in a series of text messages, then failed to report discharging his weapon and lied about the incident to his superiors.

He was promptly put on trial and found guilty on no fewer than nine counts — including attempting to influence a public official, forgery, tampering with evidence, "official misconduct, illegal possession of a trophy elk with a Samson Law surcharge, conspiracy to commit illegal possession of wildlife, unlawful taking of a big game animal out of season and unlawful use of an electronic communication device to unlawfully take wildlife," the Daily Camera reports.

For comparison, here's how many counts Officers Wilson and Pantaleo were found guilty of, combined: zero.

It's encouraging to see our criminal justice system deal with a police killing so swiftly and efficiently. Now if only the deaths of unarmed black people were treated with the same aggressive desire to push police cases through trial proceedings, instead of being left to the mercy of notoriously officer-biased grand juries.

But until then, it's a lesson learned: The non-indictments of Officers Wilson and Pantaelo continue inspiring protests around the world, while one group of police victims conspicuously inspire no protests at all.

That group is elk. Because this is America; elk get justice here.