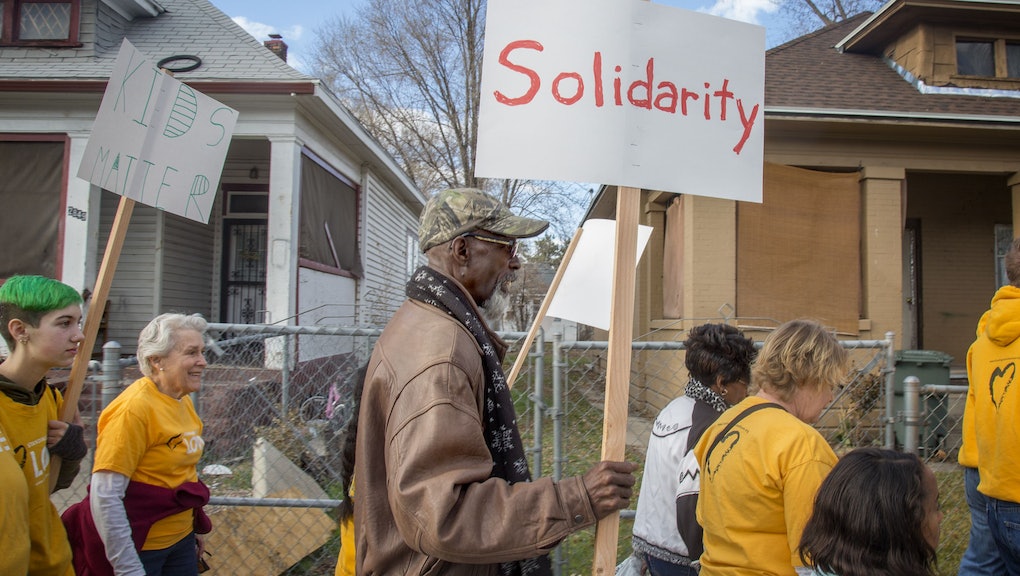 He even had his hands up this time, according to witnesses.

Less than a week after protesters clogged the streets of New York following a Staten Island grand jury's decision in the death of Eric Garner, a white police officer in Florida faces a criminal investigation following the shooting of an unarmed black man.

This latest shooting comes on the heels of weeks of protests and unrest following the failure of two separate grand juries to indict white police officers in the deaths of unarmed black men in New York and Ferguson, Missouri, sparking protests against police brutality and racial disparities in the criminal justice system.

"It's concerning to me [how the public might react]," he said. The Orange County Sheriff's office says that McCarthy spotted Bartee in a stolen car and felt "threatened." The officer has been placed on administrative leave pending the investigation.

This is just the latest instance of excessive police force. On Nov. 22, it took a police officer less than two seconds after exiting his squad car to shoot and kill 12-year-old Tamir Rice, who was carrying a pellet gun on a playground. On Friday, prosecutors in Seattle declined to file charges against a police officer who punched a handcuffed woman so hard in the face that he broke her cheekbone. On Monday, video of a police officer shoving a teenage girl's face into the ground while she screamed "I can't breathe" was described as "handled in a standard way."

While the federal government doesn't collect comprehensive data on the number of people shot and killed by police officers in the United States, much less collect data on the race or alleged crimes of those killed, the Facebook page Killed by Police contends that since May 1, 2013, police officers have been responsible for more than 1,450 deaths.