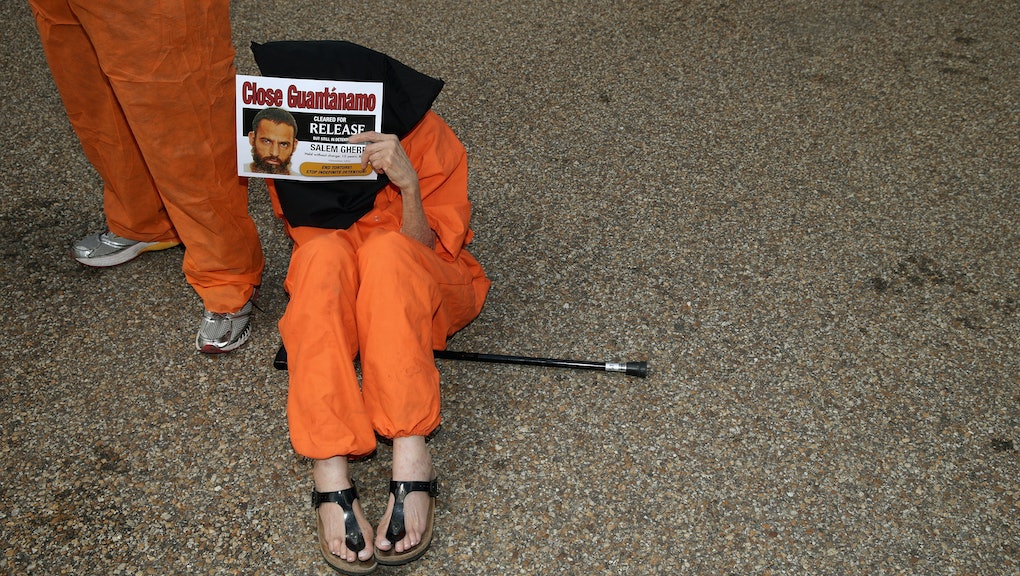 With the release of the Senate Select Committee on Intelligence's much-awaited (and long-delayed) report on the use of torture by the CIA, Americans are finally being faced with the ghastly reality of the post-9/11 national security state. While the CIA and other intelligence agencies claimed that "enhanced interrogation" would yield valuable intelligence in the service of protecting American lives, the report shows that the government's regime of waterboarding, rendition and psychological torture wasn't just ineffective, but brutally and incompetently executed.

The data: After the Pew Research Center first surveyed on the subject of waterboarding and "enhanced interrogation" in July 2004 following revelations about the practice, a narrow majority of Americans (53%) said the use of torture to gain important information from suspected terrorists "could be only rarely or never justified."

But public opinion has shifted since then. In August 2011, a narrow majority (53%) of Americans said the use of torture could be sometimes or often justified, with just 42% saying it could only rarely be justified or not be justified at all. Another poll conducted by YouGov in December 2012 found that 63% of Americans would accept torture under some circumstances. And more recent poll by the Associated Press and NORC conducted in August 2013 found a similar split to Pew's surveys: Some 50% of respondents said the use of torture could sometimes or often be justified, while 47% said it could rarely or never be justified.

What does this mean? Despite the fact that Americans now know more than ever before about the disturbing machinery of the American intelligence apparatus, these disclosures have failed to sound the alarm in the American people's collective conscience.

When it came to listening in on private phone calls, 56% of respondents said they approved of government surveillance, although a slim majority (52%) disapproved of monitoring Internet activity.

Despite Snowden's incredible revelations, thought to be one of the biggest intelligence leaks in American history, there was no major shift in American attitudes toward surveillance. In fact, Americans were more skeptical of increased surveillance immediately after 9/11: A 2002 Pew survey found that only 45% of Americans were OK with the government monitoring Internet activity in order to prevent future attacks, while 47% said it should not. Pew researchers conclude from the latest survey that there are "no indications that last week's revelations of the government's collection of phone records and Internet data have altered fundamental public views about the tradeoff between investigating possible terrorism and protecting personal privacy."

The American Civil Liberties Union, in response to the release of the Senate's CIA torture report, has called for a criminal investigation by the Department of Justice. Sen. Dianne Feinstein, on the floor of the Senate, invoked the Geneva Conventions on Torture as a standard for prosecution. But these will never come to fruition. Torture is something that happens elsewhere, to other people, out of sight and out of mine. While the Abu Ghraib torture and abuse scandal put a face to the brutality of America's torture regime, a 499-page report doesn't have quite the same effect.