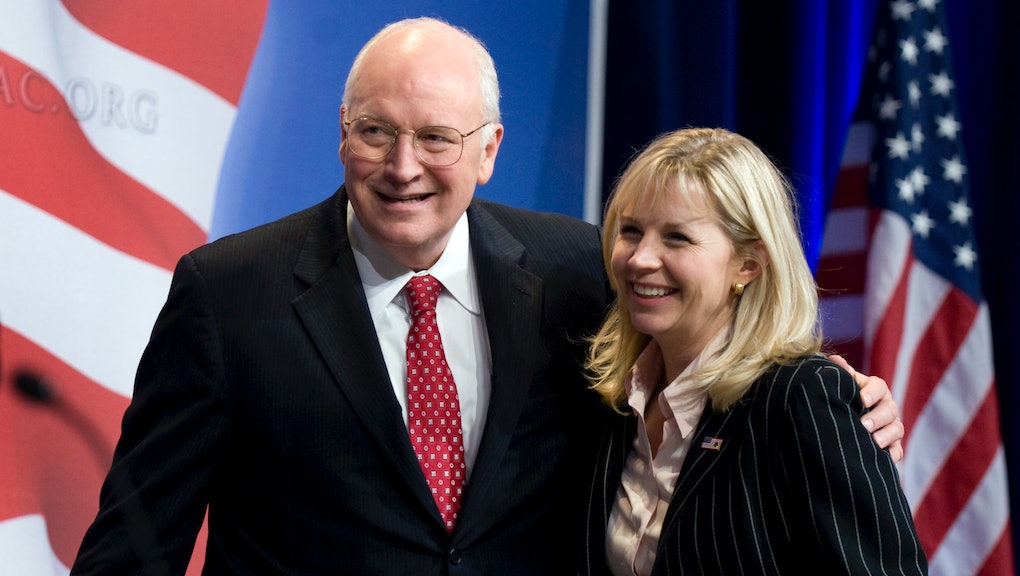 Here Are the Absolute Worst Reactions to the Senate Torture Report

The Senate Select Committee on Intelligence released on Tuesday its long-awaited report on the CIA's twisted and effectively useless post-9/11 torture program. The panel's five-year investigation found evidence that American agents carried out a vicious campaign against suspected terrorists, all of it in willful defiance of international law.

The "executive summary" is 499 pages long — cut down from the 6,300 in the still-classified official report — and heavily redacted. But it tells stories of detainees who were left to freeze to death naked below the waist on a concrete floor, and many more driven insane as officers carried out mock executions and burials.

But even these stories, in all their grotesque detail, were not enough to sway some of the hardest of the Bush-era hardliners. Here are some of the worst reactions to today's revelations.

Also interesting: Feinstein's report notes that "CIA employees and contractors who would otherwise have been interviewed by the Committee staff were under potential legal jeopardy, and therefore the CIA would not compel its workforce to appear before the committee."

What was that about? Well, those "CIA officers" Cheney wanted to hear from chose not to speak because they were being investigated by the Justice Department for their role in destroying hundreds of hours of videotaped interrogations.

Cheney and his old boss, former President George W. Bush, were more proactive in their responses. Bush told CNN on Sunday that the CIA torture interrogators "patriots." Cheney told the New York Times on Monday night that the agency's actions were "absolutely, totally justified." But he didn't stop there:

"What I keep hearing out there is they portray this as a rogue operation and the agency was way out of bounds and then they lied about it," he said in a telephone interview. "I think that's all a bunch of hooey. The program was authorized. The agency did not want to proceed without authorization, and it was also reviewed legally by the Justice Department before they undertook the program."

Former Bush speechwriter and forever torture defender Marc Thiessen weighed in early, comparing the Senate report to Rolling Stone's poorly reported story of the University of Virginia's response to an alleged gang rape of a college student. Note that the Senate report, among other things, says CIA officers threatened to sexually assault a detainee's wife. (The report also states that one officer admitted to his bosses that he had previously committed sexual assault.)

Tantaros was upset that the torture report was not released with the purpose of showing the world "how awesome we are." Scroll back to the 2:25 mark to see fellow panelist Jesse Watters explain that he doesn't want to know the gory details because "people do nasty things in the dark, especially after a terrorist attack."

The Republican senators released a joint statement soon after the report was published online. Here's a taste:

"It is unconscionable that the committee and the White House would support releasing this report despite warnings from our allies, the U.S. State Department, and a new coordinated intelligence community document assessing the increased risk to the United States the release of this report poses. We are concerned that this release could endanger the lives of Americans overseas, jeopardize U.S. relations with foreign partners, potentially incite violence, create political problems for our allies, and be used as a recruitment tool for our enemies. Simply put, this release is reckless and irresponsible. We have written to the administration reminding them of these concerns."

That's the response to a report that outright admits that Gul Rahman was only taken in to CIA custody because of "another case of mistaken identity," but he was left to die on a cold concrete floor with no pants on. Yes, that might cause some "political problems." For Rubio and Risch, that and the threat of a threat against American military overseas would be reason to keep the report under wraps forever.

The former Romney campaign foreign policy spokesman does most of his trolling on Twitter and Fox News these days. Here is his hot take on the efficacy of "enhanced interrogation techniques."

Brennan, who has the Obama administration's deadly drone program on his résumé, released a formal response to the report Tuesday. Here's the money line:

"This lack of preparation and competencies resulted in significant lapses in the agency's ability to develop and monitor its initial detention and interrogation activities."

If you're wondering that really means, you are not alone. As John Oliver said, "If you want to do something evil, put it inside something boring."

Brennan, at the very least, seemed to concede that the tactics described in the report were less than ideal. It's no coincidence, though, that none of the individuals cited above make the slightest mention of what happened at those CIA "black sites" in the years after the 9/11 attacks. Those details matter. And those lives matter.

"The truth is sometimes a hard pill to swallow," Sen. John McCain (R-Ariz.), himself a survivor of more than five years of torture during his time as prisoner of war in Vietnam, said during a passionate speech Tuesday morning. "It sometimes causes us difficulties at home and abroad. It is sometimes used by our enemies in attempts to hurt us. But the American people are entitled to it, nonetheless."