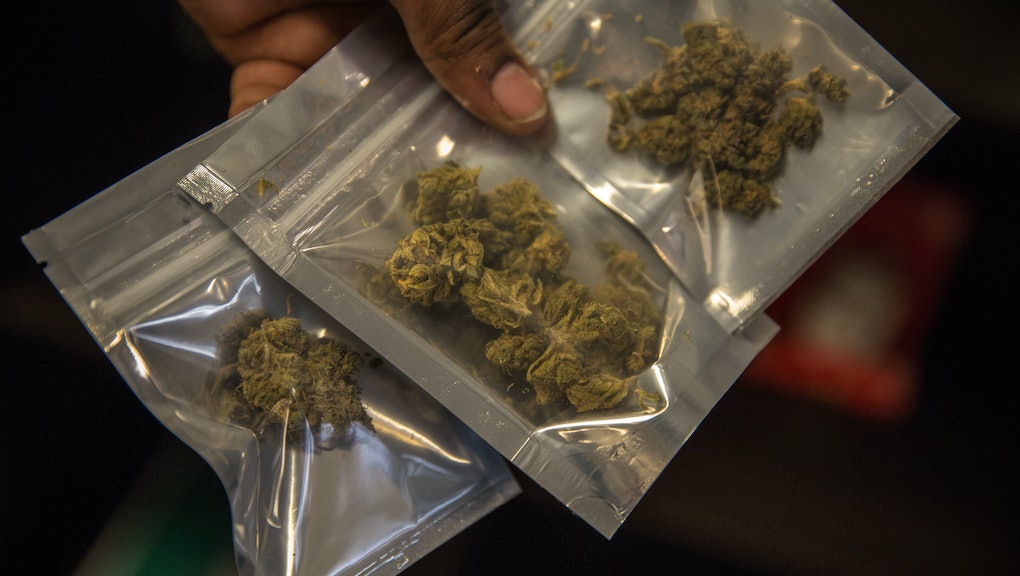 In November, residents of Washington, D.C., voted overwhelmingly in favor of a ballot measure that legalized the possession of marijuana for recreational use. But Congress is set to prohibit the government from legalizing the sale, taxation and regulation of the plant, according to National Journal.

This would distinguish D.C.'s marijuana experiment from those in the four states that have legalized recreational marijuana in recent years, where regulation and taxation are key parts of the laws.

In November, D.C. voters approved of an initiative that makes it legal for residents to possess up to 2 ounces of marijuana and cultivate up to six plants. But the measure did not establish the tax-and-regulate model that states like Colorado and Washington have taken on their paths to legalization. The D.C. government was expected to take up legislation to adopt this model in 2015, which has the advantage of allowing dispensaries to sell marijuana and local government to soak up a substantial new source of tax revenue. But Congress looks ready to block this step.

Despite the fact that D.C.'s residents have no representation in Congress, their laws are must obtain congressional approval. National Journal reports that House Republicans, who have been bent on blocking not only D.C.'s legalization but also its decriminalization of marijuana, tried to include language in order to do so in an upcoming omnibus spending bill that must be passed by Thursday in order to avert a government shutdown.

The Democrats support D.C. residents' ability to legalize as they wish to and struck a deal with the GOP on the bill's language that keeps D.C.'s legalization measure intact but prevents sales, at least for the time being.

On the surface, this deal sounds like it's better for legalization advocates than a total prohibition of marijuana in D.C., but it could potentially be creating a worst-of-all-worlds scenario. If possession of the drug is legal but the sale of it is illegal, the black market would be empowered, and still elude the regulation that's essential for public health and restricting youth access to marijuana. (The irony of this is that one of the Republicans who created the amendment to block D.C.'s law said that legalization would increase use among teenagers.)

D.C.'s mayor-elect feared this very scenario and has said that she would not allow legalization without legislation to create legal sales. It is not yet clear how the city government will respond to this bind as it goes into session next year.