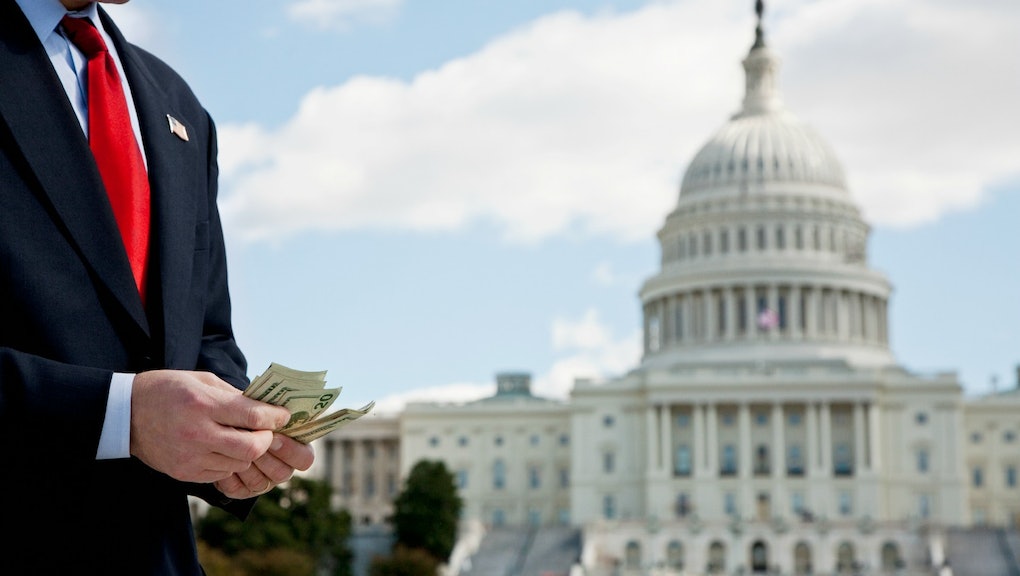 Harvard Investigation Declares the Most Corrupt States in America

The news: With Congress stuck in the least productive rut in American history, the bulk of important legislative action is taking place in state legislatures. But according to one study, all that power might not be in the best hands.

Harvard University's Edmond J. Safra Center for Ethics published a study last week looking at state-level corruption throughout the U.S. But instead of relying on public corruption conviction data, researchers surveyed some 280 regional reporters and asked them to rate their states' executive, legislative and judicial corruption.

"Reporters have a better knowledge of state governments and spend a great deal of time observing the government officials and interacting with them," the researchers wrote on their methodology.

The result: Based on the surveys, researchers constructed how perceived state-level corruption looks throughout the country. (No reporters from Louisiana — a state that has historically struggled with corruption — participated in the study.)

Overall, Arizona came out on top for most perceived corruption, although other states didn't have a great record either.

"It is all bad news for Alabama, Georgia, Illinois, Kentucky, New Mexico, New Jersey and Pennsylvania as their aggregate scores are in the highest quartiles of both illegal and legal corruption," the study found.

Arizona stayed on top for legislative corruption, although a slew of other states joined the list:

What does this mean? Given the subjective nature of the study, it's important to take the findings with a grain of salt. But as the Washington Post points out, public conviction data doesn't offer a complete picture of what corruption looks like at the state level — after all, that data only encompasses cases that have already been uncovered and tried. Local reporters, on the other hand, have an ear on the ground and have day-to-day interactions with state politicians, making them uniquely positioned to track local corruption.

If you need a refresher on just how vital state legislatures are right now, check out the fantastic segment below from Last Week Tonight With John Oliver: