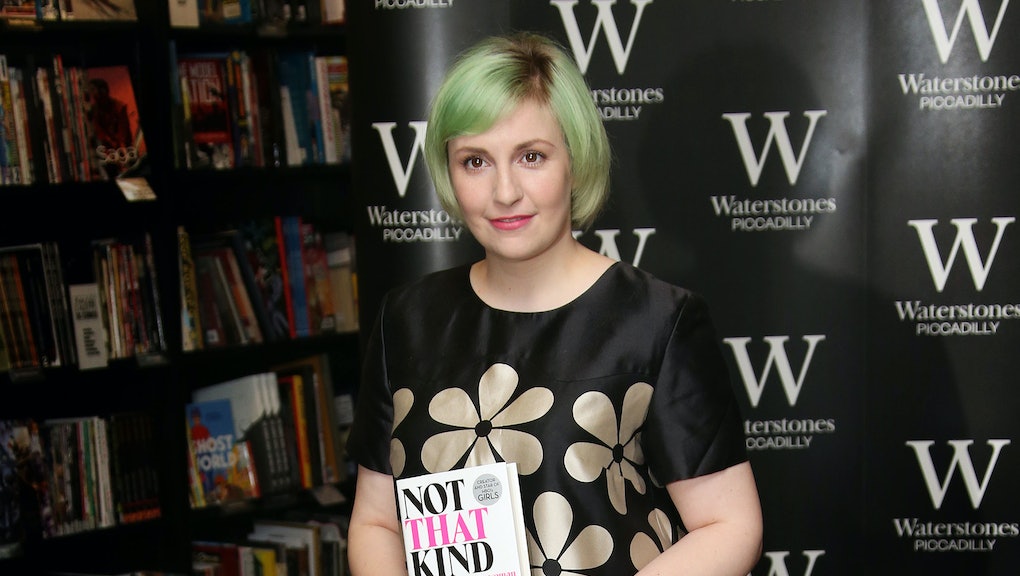 It's problematic how we talk about rape.

From questioning the victims to questioning the very definition of "rape" itself, skepticism continues to permeate the discussion about rape in America. Lena Dunham powerfully addresses this in an essay at BuzzFeed that explains why she chose to speak out about her rape in her memoir, Not That Kind of Girl.

In one pointed sentence, she encapsulates everything wrong with our current discourse:

The takeaway: Women should not be judged for how they decide to process their rape, and they especially should not be criticized for speaking out about it through their artistic endeavors (as Dunham has done both through memoir and also through her hit show Girls).

While we're slowly beginning to think differently about rape culture in this country, ignorance colors our conversations, especially when it comes to the "right" way to deal with sexual assault. Pervasive cluelessness casts unwarranted doubt on victims, while also potentially re-victimizing and shaming them.

From the media to the courtroom, survivors are interrogated about their experiences before the rape, during the rape and after the rape. Cumulatively, this line of questioning sends an all-too-clear message: Victims should not be believed or supported.

Clearly, journalists have a responsibility to get their facts straight. But we also need to ensure survivors that they have our support if they do choose to speak up. This is essential for a number of reasons, which Dunham explains in more detail:

"Survivors have the right to tell their stories, to take back control after the ultimate loss of control. There is no right way to survive rape, and there is no right way to be a victim. What survivors need more than anything is to be supported, whether they choose to pursue a criminal investigation or to rebuild their world on their own terms. You can help by never defining a survivor by what has been taken from her. You can help by saying I believe you."

Dunham has been widely criticized over the years, but this essay makes a strong case for her feminist social consciousness, as does using her public image to raise awareness. As she writes, "Speaking out about the realities and complexities of sexual assault is how we begin to protect each other. I do not want our daughters born into a world that reacts to sexual violence against women in this way."

We need to protect each other. And we do so by not judging each other.