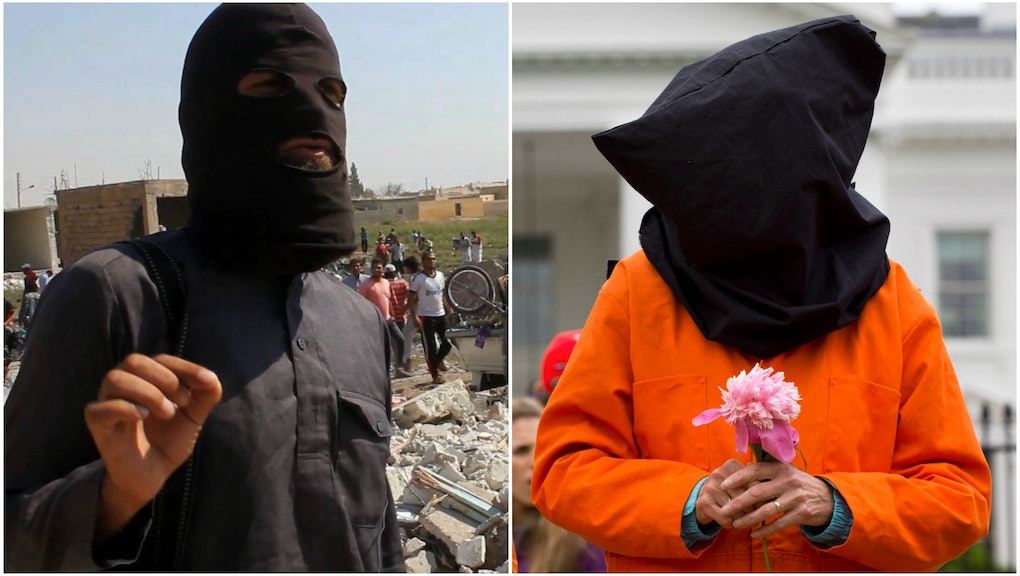 CIA "Interrogation" or Islamic State Torture? See if You Can Tell the Difference

It's been a big week for abhorrent torture manifestos.

1. Prisoners were "routinely beaten and subjected to waterboarding."

2. The waterboarding of one prized prisoner devolved into a "series of near drownings," where the process induced convulsions and vomiting.

3. Prisoners were subjected to "rectal rehydration" or "rectal feeding."

4. Interrogators "chained [a prisoner's] feet to a bar and then hung the bar so that he was upside down from the ceiling. Then they left him there."

5. Prisoners were forcefully kept awake, at times with their hands shackled above their heads.

6. Detainees "were starved and threatened with execution by one group ... only to be handed off to another group that brought them sweets and contemplated freeing them."

7. Prisoners were subjected to extended isolation and experienced "hallucinations, paranoia and attempts at self-harm and self-mutilation."

8. Prisoners were made to stand in "stress positions" on broken bones and prosthetic limbs.

10. One prisoner was forced to watch interrogators beat another prisoner until "the whole cell was covered in blood" ... and then sleep in it.

11. One prisoner "shared a room with a decapitated body for days."

12. One prisoner was locked in what was described as a "dungeon," shackled with "only a bucket to use for human waste."

13. Prisoners were threatened with harm to their children or sexual abuse of their parents, including rape and torture.