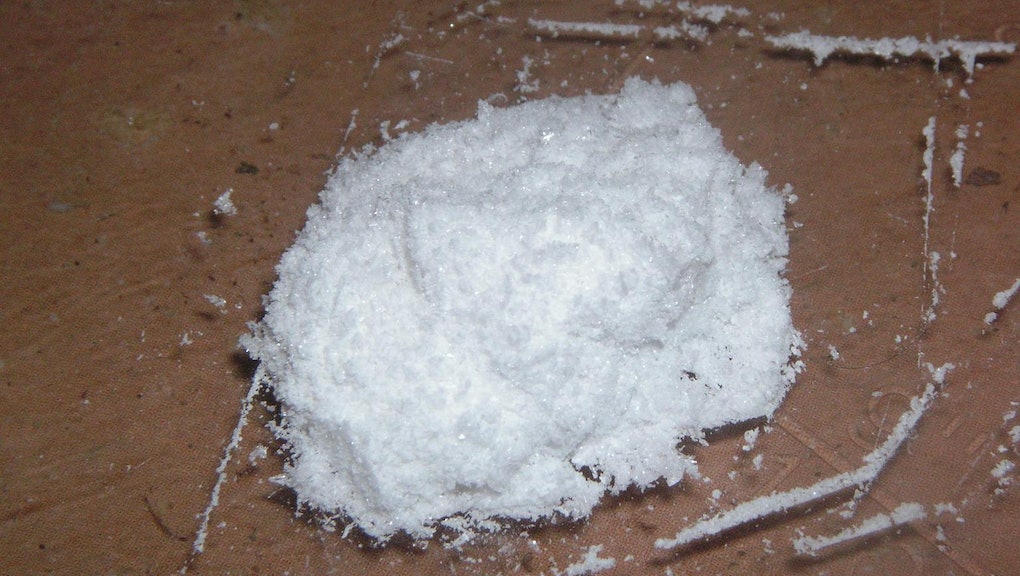 Yes, the powerful anesthetic and club drug ketamine is now being used in clinics around the country to help treat depression in cases where patients don't respond to traditional drugs like Prozac and Lexapro. Apparently it's highly effective and can lift deep depression in hours instead of days. But since ketamine is such a potent substance, doctors don't yet know what the long-term side effects of repeat use could be, if any.

"[The drug] showed signs of reducing depression in about half the patients tested.

But in the meantime, the Times reports, doctors are already allowed to prescribe ketamine to patients since it's already been approved for use as an anesthetic. Typical off-label treatments cost $300 to $1,000 a session and are rarely covered by insurance, starting daily then eventually given every two weeks to two months. Patients aren't staring into a K-hole, either. The doses are typically much smaller than those of recreational users or those necessary to put someone under for a medical procedure.

The scientific evidence for ketamine as an anti-depressant is well-established. An October 2013 study found the drug had "rapid antidepressant effects in an optimized study design," though it also warned that more research was necessary before use in a clinical setting. In another study, Mayo Clinic researchers had similar conclusions about the efficacy of prolonged, low-dose intravenous injections of ketamine.

"It's surprising both that it works and how rapidly it has effects. It sometimes can work in hours to reduce depressive symptoms and suicidal ideation. Our goal is to begin to determine how the drug can be administered safely in routine treatment."

According to Medical News Today: "The researchers say that even though many of the patients in their study relapsed within a day or two, improvement in symptoms persisted for three weeks in 29% of patients, and for over two months in 15% of them." For patients who don't respond to other drugs, this is major. For example, Scientific American spoke to one patient who took "five different anti-depressants over the course of six months before confirming that none of them worked. The debilitating disorder kept her out of school for extended periods of time."

Why you should care: Ketamine isn't just a dangerous recreational drug. It may one day be key to developing new psychiatric drug therapies.

But he added, "Ketamine is not a miracle drug at all. It may momentarily take them away from that catastrophic place they're in with depression, but you're not addressing the rest of the patient. It's a complex issue to treat psychiatric issues, and you have to treat the whole patient."

Still, ketamine has some immediate uses. Researcher Elizabeth Ballard told WebMD that ketamine had significant potential for use during emergency interventions. Since it works so quickly and helps elevate mood for up to several days, it provides critical time to connect a patient in crisis with psychiatric resources.