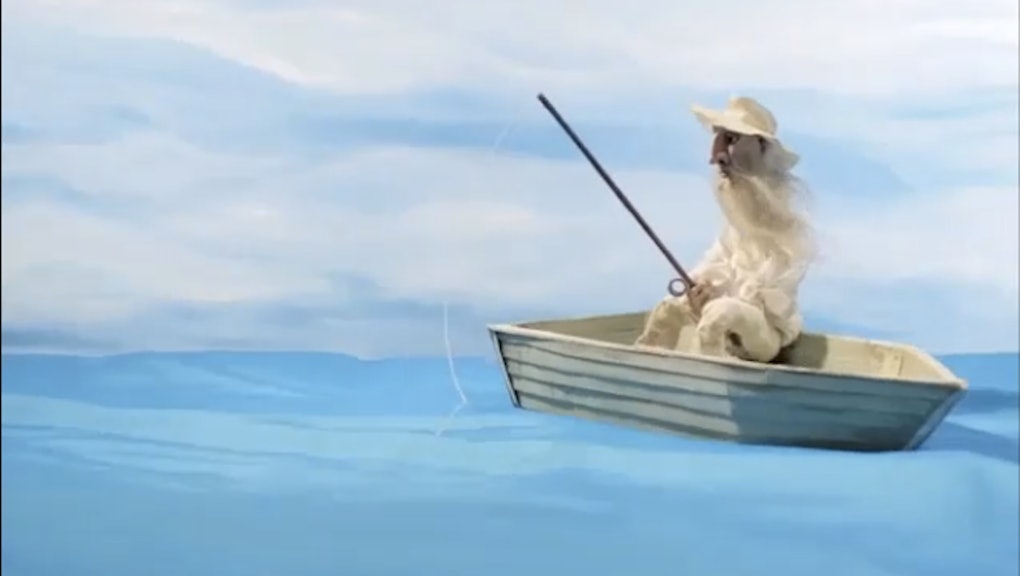 Want a refresher of some of Ernest Hemingway's most seminal pieces of literature without having to plod through hundreds of pages? Thankfully, the Ernest Hemingway Foundation of Oak Park has you covered.

EHFOP has taken some of the famous wordsmith's biggest works, such as The Old Man and the Sea, and transformed them into short video clips. It looks like the artists behind them have used stop-motion along with a various models and construction paper cutouts to forge the snippets.

While the foundation is all for Hemingway, there's a level of humorous snarkiness to the videos. They are able to compress the author's straightforward but multilayered plots into just a mere 15 seconds. Cutting these stories down is somewhat fitting, though, considering Hemingway's famously terse writing style.

It's also a great idea because we all know that feeling when a friend somehow turns a small situation that happened into a epic worthy of the Greek gods. Sometimes you just need to cut to the chase.

Check out the condensed versions below:

The Old Man and the Sea

A Farewell to Arms

For Whom the Bells Tolls

The Instagram account also has some cute #tbt posts with facts about Hemingway's life. Now, if only these videos could help with high school literature exams.