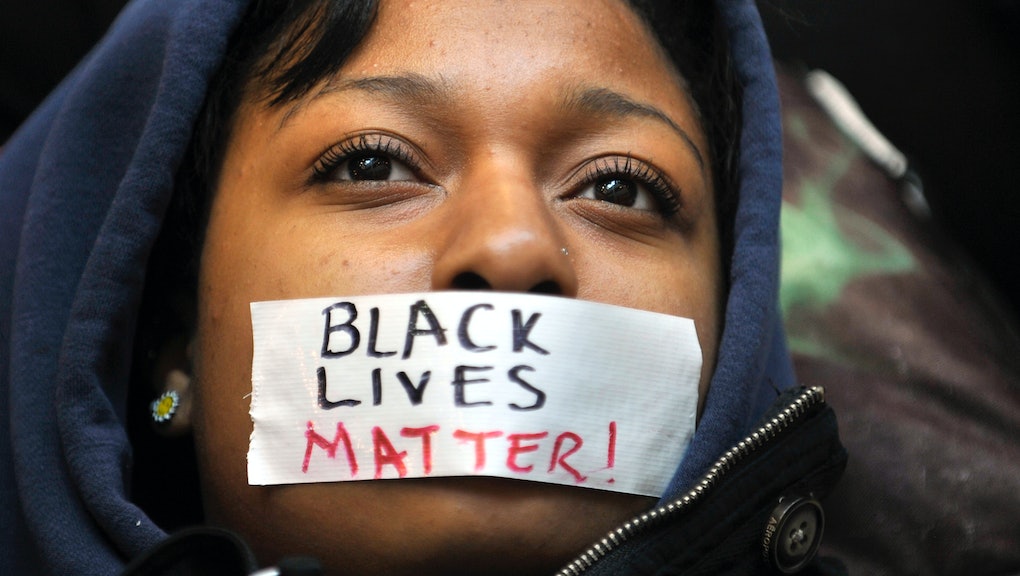 Black Congressional Staffers Are Sending a Strong Message to Their Bosses

The news: Protests over the Michael Brown and Eric Garner grand jury rulings have hit Capitol Hill. On Thursday, black congressional staffers plan to interrupt lawmakers' workday to take a stand and join the national protests against police aggression and racism.

African-American staffers will be walking out during one of the Hill's busiest weeks of the year. With Congress currently in talks about everything from a spending bill to avoid a government shutdown to a bill authorizing President Barack Obama to use military force against the Islamic State, black congressional staffers' absence certainly won't go unnoticed.

This is exactly the point that staffers want to make.

"Many of us felt we needed to stand with others who were taking on the issue of police abuse and do it here, where we work, even though not all of us have had that same experience, personally," one of the organizers told the Daily Beast. "Everyone I talked to has known someone who's been directly impacted."

A strong track record: Thursday's walkout won't be the first time that congressional aides have stood up against a perceived injustice. In 2012, an estimated 250 staffers rallied in response to the death of Trayvon Martin, the black teenager fatally shot by a neighborhood watch member in Florida.

As another racially charged case, the hoodie Martin wore when he was killed became a symbol of the movement to end racial profiling by police authorities and inspired the "Hoodies on the Hill" rally, got talks started in Washington and even stirred a congressman to don a hoodie himself.

While protests taking place across the U.S. undoubtedly make a point, demonstrations such as those held for Martin and the walkout planned for Thursday hold a different weight.

An important voice: In a Congress still dominated by white men, minority voices can lend an important and under-recognized perspective, especially considering how differently white and black Americans view the issues of race and police bias in general.

Twice as many blacks as whites saw the shooting in Ferguson, Missouri, as a part of a broader pattern of police discrimination towards minorities. Furthermore, a recent Pew poll found that whites are significantly more likely than blacks to think that racial progress has been made.

But when 82% of people who campaign for office are white, that diversity of opinion and difference in point of view cannot gain as much traction as it should.

The fact that the black staffers who will walk out the doors Thursday to protest are the same ones who sit with our lawmakers in the halls of the Capitol every day is a big deal. While it may be easy to ignore the voices of enraged citizens hundreds of miles away, it will be much harder for Washington politicians to ignore those loud voices when they can be heard down the hall.