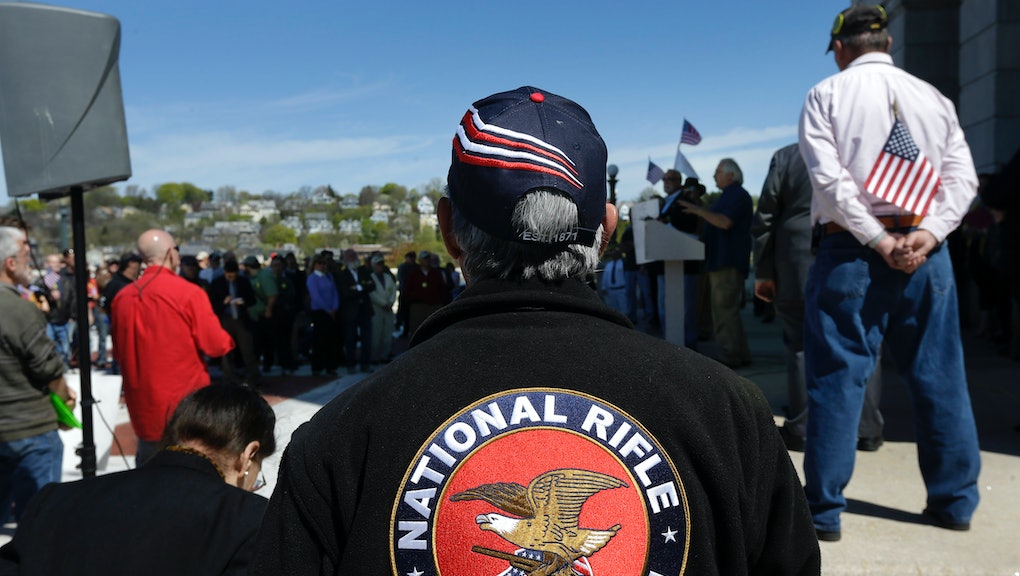 The news is looking pretty bad for the gun control movement. Nearly two years after the mass shooting of 20 children and six staff at Sandy Hook Elementary School in Newtown, Connecticut, horrified the nation and inspired a renewed wave of calls for gun control, the exact opposite has happened.

For the first time in more than two decades, the pro-gun crowd is winning. A new Pew poll of 1,507 American adults illustrates just how much:

As Pew explains, this might have to do with the widespread and growing perception among pretty much everyone but liberal Democrats that guns protect people from crime:

This should particularly concern progressives, who are the only group that hasn't grown more supportive of gun rights since January 2013. However, it's probably still too early to say the gun control movement has definitively lost, since minority groups continue to prioritize controlling firearms over gun rights by wide margins. Pew reports:

But it's bad news for anyone who wants a solution to the well-documented increasing number of mass shootings in this country. It's also bad news for public safety, seeing as gun ownership comes with an increased risk of death by homicide or suicide and has been repeatedly linked to aggressive behavior.

Unfortunately, being right about gun violence isn't the same as being politically successful. The well-funded gun rights lobby has had so much success swinging the debate to the right that it regularly airs extremist viewpoints that go unchallenged. And with a Republican majority in both houses of Congress, extreme perspectives will have a solid grounding in D.C. for at least two years.

BillMoyers.com's Joshua Holland explained what this success has meant for gun rights:

Today, the NRA and its political allies promote such policies as allowing concealed weapons in bars, allowing the blind to carry firearms ("Blind gun user Michael Barber said: 'When you shoot a gun, you take it out and point and shoot, and I don't necessarily think eyesight is necessary'"), making it a felony for doctors to discuss gun safety with their patients (never mind the First Amendment) and barring private firms from telling their employees to keep their guns at home.

It hasn't been entirely bad news for gun control, which won a major background check initiative in Washington state. President Obama's executive actions on gun laws should be celebrated as well. But until public opinion turns against guns or Republicans lose impregnable majorities in branches of Congress, gun control like the '90s Federal Assault Weapons Ban and Brady Bill are doomed.

A recent report by the New York Times extensively documented the failure of the mental health system that contributed to the rampage at Sandy Hook, so Democrats committed to the fight may still find a partial solution there. But for proponents of fewer firearms, Pew's findings are pretty depressing. For the foreseeable future it's nothing but more guns in more places.