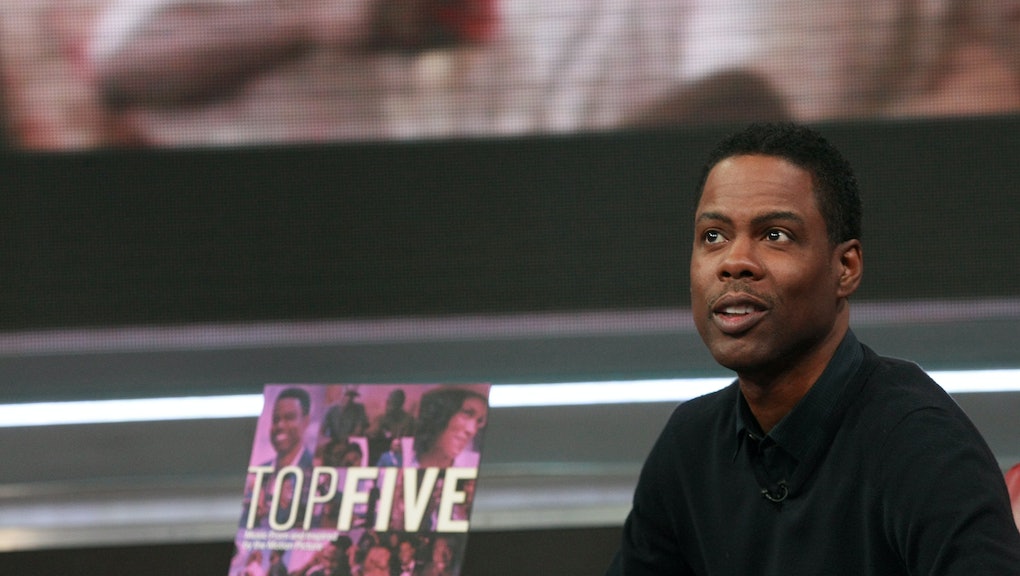 TMZ reports that Rock was addressing a crowd before a Baltimore screening of his upcoming movie, Top Five, when the topic changed to the NFL star:

"I was getting ready to say something really bad about Roethlisberger ... he's the original Cosby."

Then he seemed to catch himself, saying, "That's horrible ... that's gonna go everywhere."

Two years ago, Roethlisberger settled a lawsuit alleging he had raped an employee of Harrah's Lake Tahoe Casino in 2008. In a separate incident, a Georgia DA declined to prosecute Roethlisberger for an alleged second rape in a Milledgeville, Georgia, nightclub but released a statement excoriating him on national TV.

That year, infuriated NFL leadership suspended the quarterback for six games for violating the NFL's personal conduct policy in relation to the incidents, though it later reduced the suspension to four games.

As Jezebel's Rebecca Rose writes, this might come off as a one-off crack but it's "clear from watching the video this is something that was gnawing at Rock." In a recent interview with Vulture, Rock addressed the controversy surrounding fellow comedian Bill Cosby, who has now been accused of drugging and sexually assaulting as many as 26 women:

"I don't know what to say. What do you say? I hope it's not true. That's all you can say. I really do. I grew up on Cosby. I love Cosby, and I just hope it's not true. It's a weird year for comedy. We lost Robin, we lost Joan, and we kind of lost Cosby."

As it seems, you can beat the charges but people will remember. And while it's somewhat unfortunate that it took another male comedian to spur the national convention, at least it's started. Plus, the last time that happened, an awful lot of people started talking.