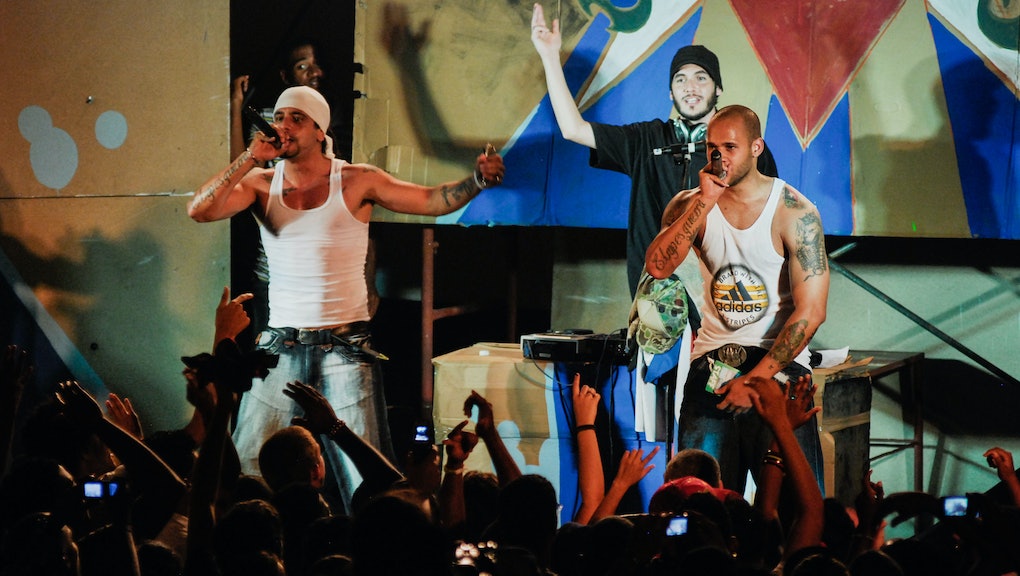 Here's How the U.S. Tried (And Failed) to Use Rappers to Overthrow Cuba's Government

Can music really spark a revolution? The U.S. government seems to think so.

An Associated Press investigation suggests that a contractor working for the U.S. Agency for International Development (USAID) sent a Serbian music promoter to Cuba with the directive to  "recruit one of Havana's most notorious rappers to spark a youth movement against the government."

How did it turn out? While USAID wanted to spread democracy, the Associated Press analysis of thousands of documents and dozens of interviews found that the bizarre initiative was "executed by amateurs" — and may have stamped out the most authentic protest movement to sweep Cuba in years.

The Serbians also recruited rappers like Los Aldeanos, whose critical lyrics "had provoked the government to restrict their performances." Los Aldeanos helped produce an underground TV project on youth culture and received political training while performing in Serbia.

Dreadlocked, muscled and tattooed, Aldo, as he was known, was a hero in the hip-hop underground for lyrics protesting the Castro government's grip on everyday life in songs like "El Rap Es Guerra," or "Rap Is War," words he tattooed on his forearm.

The program totally backfired. "Instead of sparking a democratic revolution, it compromised an authentic source of protest that had produced some of the hardest-hitting grassroots criticism since Fidel Castro took power in 1959," the Associated Press reports.

Not the first time: This isn't the first time USAID put together a failed effort to undermine the Cuban government. In April, the Associated Press revealed that USAID attempted to develop a bare-bones "Cuban Twitter" using cellphone text messaging to evade Cuba's strict control of information and communication in order to spark an Arab Spring-style uprising.

The program's legality was unclear, and it was seen as a failure. While the "Cuban Twitter" program seems hapless and bizarre, the hip-hop initiative seems more disturbing. The Associated Press suggests that USAID's efforts to co-opt Cuba's hip-hop scene actually undermined an organic, authentic source of social change in the country, with disastrous results.

Here's a piece of advice for USAID: If you want to mess with democratic movements in other countries, why not leave it to professionals in CIA — or better yet, just don't.