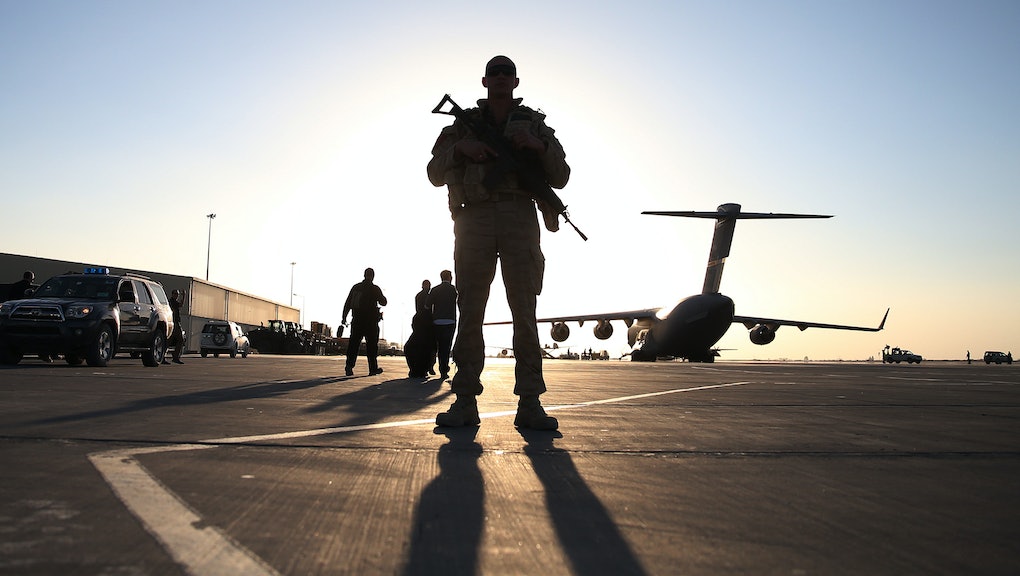 Here's the Mind-Boggling Amount of Money the U.S. Has Spent on the War in Afghanistan

As the United States formally ends combat operations in Afghanistan, the Financial Times calculates that the war has cost the country's taxpayers nearly $1 trillion, including reconstruction costs that have exceeded the amount spent on the Marshall Plan to rebuild Europe in the wake of World War II.

Most of those costs have been incurred under the Obama administration, which initiated a surge of troops in Afghanistan in 2009. The majority of American casualties suffered during the entire war occurred after this increase.

War operations account for most of the $1 trillion price tag, but significant portions come from medical spending, which the U.S. will continue to pay for decades to come. Special Inspector General for Afghanistan John Sopko calculated the extraordinary figure that, adjusting for inflation, the U.S. has spent more on Afghan nation-building than on the reconstruction of post-war western Europe.

After December, around 10,000 U.S. troops are to remain without an official combat role in Afghanistan through 2016. But a few weeks ago the New York Times reported that Obama has quietly, if not secretly, authorized a more expansive and active role for this military unit despite his promises to the contrary earlier in the year.

The myth of "the good war": The 13-year war in Afghanistan, the longest in American history, has often been painted a virtuous war in contrast to George W. Bush's catastrophic adventure in Iraq, but the war-torn country's fate couldn't possibly be described as bright unless one was to avert his or her eyes.

Initially, NATO was able to successfully overthrow the Taliban, install a rudimentary democracy and kick-start a more modern economy in the Central Asian state. But today, the Taliban is coalescing in the countryside and is still a serious contender for power. The Afghan government is notoriously corrupt, and the country's institutional gains are fragile (and in many cases, merely cosmetic).

"The country remains under assault by insurgents and is short of domestic revenue, plagued by corruption, afflicted by criminal elements involved in opium and smuggling, and struggling to execute the basic functions of government," Sopko said in a speech at Georgetown University in September. (Remember, he works for the U.S. government on Afghanistan.)

Uncertain future: It's also unclear if the Afghan economy will be able to survive without the massive amount of foreign aid that keeps it afloat.

"It appears we've created a government that the Afghans simply can't afford," Sopko said. "Accordingly, when we build things the Afghans can't use. And when we don't take their resources into account, we're not just wasting money. We're jeopardizing our mission of creating a self-sustaining Afghanistan that can keep insurgents down and terrorists out."

Afghanistan has not been a good war. Incoherent military, political and anti-corruption strategies have allowed the deaths of tens of thousands of Afghan civilians, and coalition forces have done little to guarantee a brighter future or a government secure from the Taliban.

Some use this failure as an argument for an expanded war in Afghanistan. These advocates are taking comfort in Obama's order to expand the role of its soldiers on the ground there next year. And they're cheering over the recent ouster of former Defense Secretary Chuck Hagel, who many thought was too dovish to carry out the wartime mandates laid out by President Obama, from Syria to Afghanistan. But it could also be read another way: as an example of the wisdom in acting with humility in all things, including the use of great power to get what you want.