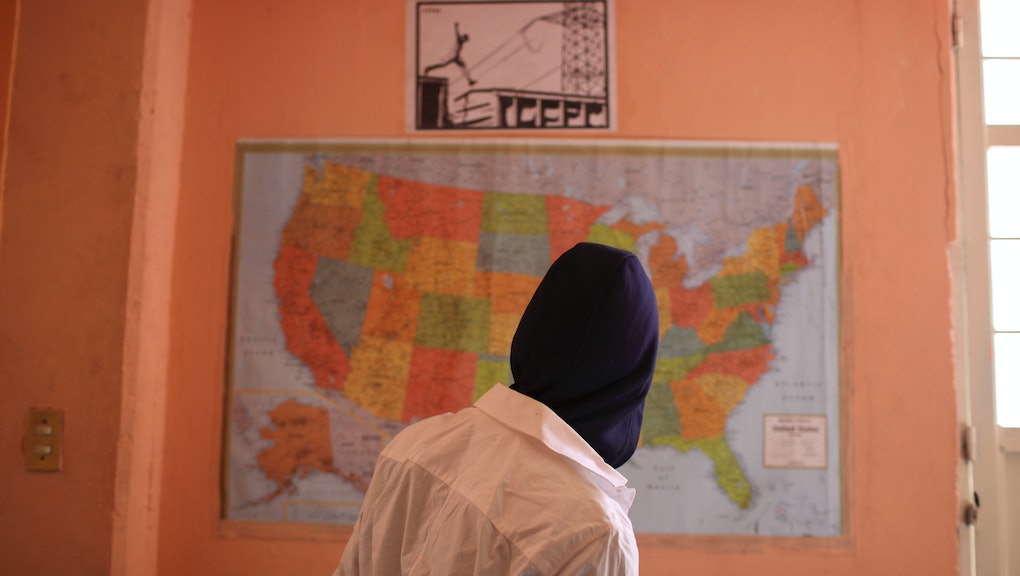 2045. This is the year, the U.S. Census Bureau now projects, that whites will be in the minority.

According to information released Wednesday, the non-Hispanic, native-born white population "will become less than 50% before 2040," Brookings Institution demographer William Frey told Al Jazeera America. "Overall, there is white decline and minority gain for most of the projection period. [...] The majority-minority tipping point date is 2044," meaning that by 2045 the white population will become the racial minority.

Two reasons these stats are not surprising: First, the U.S. birthrate has slowed significantly, with 3.5 million fewer people expected to be living in America by 2060 than originally projected. Meanwhile, immigration rates have risen. "From 2015 to 2060, the country will lose 23 million U.S.-born whites and gain 118 million racial and ethnic minorities and immigrants," Frey said.

Second, as National Geographic detailed earlier this year, America is becoming more and more of a melting pot. While the Census Bureau is still figuring out how to accurately track race demographics in America, between 2000 and 2010 there was a 32% increase of people who check more than one race in the census survey.

The implications of this shift in demographics go far beyond skin tone, arguably contributing to the increased racial tensions across America, especially post-Ferguson. A 2014 study by Northwestern University psychologists showed that fear of becoming the minority actually made white people more socially conservative. As Mic has written previously, this fear and loathing — "fear at the prospect of having to actually consider one's race as not inhabiting the dominant position; loathing for having to realize that they live in a multiracial world, and that they have effectively become 'othered'" — helps support mistrust and perpetuate societal racial inequality.

The Census Bureau's data is proof that we are becoming, in terms of demographics, more united and equal. What Americans do with that data remains to be seen.