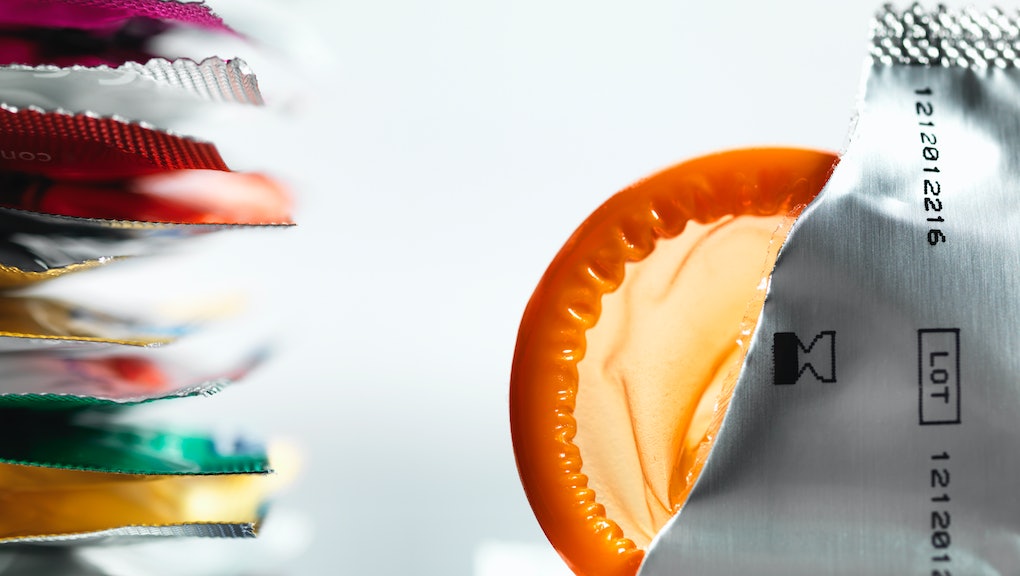 Members of Congress have struck a tentative deal to keep the federal government funded and open for business through at least next September. The deal, cobbled together at the 11th hour, appears to have enough votes to pass the House and Senate before the Friday deadline.

But the bargain comes at a price to young people who so desperately need access to information about birth control and safe-sex practices.

Under a new provision in the comprehensive $1.1 trillion spending bill, states could rake in millions of dollars in federal funds if they pledge to teach high school students that "abstinence from sexual activity is the only certain way to avoid out-of-wedlock pregnancy."

Since 1996, individual states have had the option of receiving federal matching funds — up to $50 million annually, in total — for agreeing to embrace "abstinence education." But because so many governors either didn't want to spend their own cash or preferred "comprehensive" sex ed, most of them left the money on the table.

As part of today's agreement, an estimated $12 million to $15 million will become available, at no cost to the local taxpayers, to any state promising to follow these guidelines for abstinence education:

1. Have as its exclusive purpose, teaching the social, psychological and health gains to be realized by abstaining from sexual activity;

Beyond the rotten suggestion that teaching teens, many of them in states that do not allow gays to marry, that a "relationship in the context of marriage is the expected standard of human sexual activity," countless scientific studies have confirmed that abstinence-only education does nothing to change sexual behavior.

One from the American Journal of Public Health, first published in 2007, showed that the long decline in teen pregnancies — down 86% between 1995 and 2002 — was due, simply, to a "dramatic improvement in contraceptive use."

A quick scan of the states provides even more stark evidence suggesting the dangers that follow a commitment to abstinence-only teaching. New Hampshire, which teaches comprehensive sex ed, has the lowest teen pregnancy rate in the country at 2.8% (half the national average). Meanwhile in Mississippi, where it's abstinence or no sex education at all, the number is nearly tripled, at 7.6%.

Mississippi, it should be noted here, has only one legal and functioning abortion clinic. And that's only because two federal appeals courts have shot down efforts to have it closed.

In New Mexico, where a nation-high 8% of teens become pregnant, there is no state-mandated sexual education curriculum. Following that, the state reports that the use of condoms among those teens is just 60%. The national average is 75%.

"It's fiscally irresponsible for Congress to strengthen funding streams for abstinence-only programs that have been proven ineffective," Planned Parenthood president Cecile Richards said in a statement this morning. "Comprehensive sex education programs have been proven effective in helping young people delay the initiation of sex, as well as increasing the use of condoms and birth control when they do become sexually active."

While it is unclear how many states will take the newly available funds, the spending deal — signed off on by a Democratic Senate, but with Republicans, soon to be in the majority, holding all the cards — shows the apparently slight but dangerous effect that GOP control of both chambers of Congress could have on American teens.