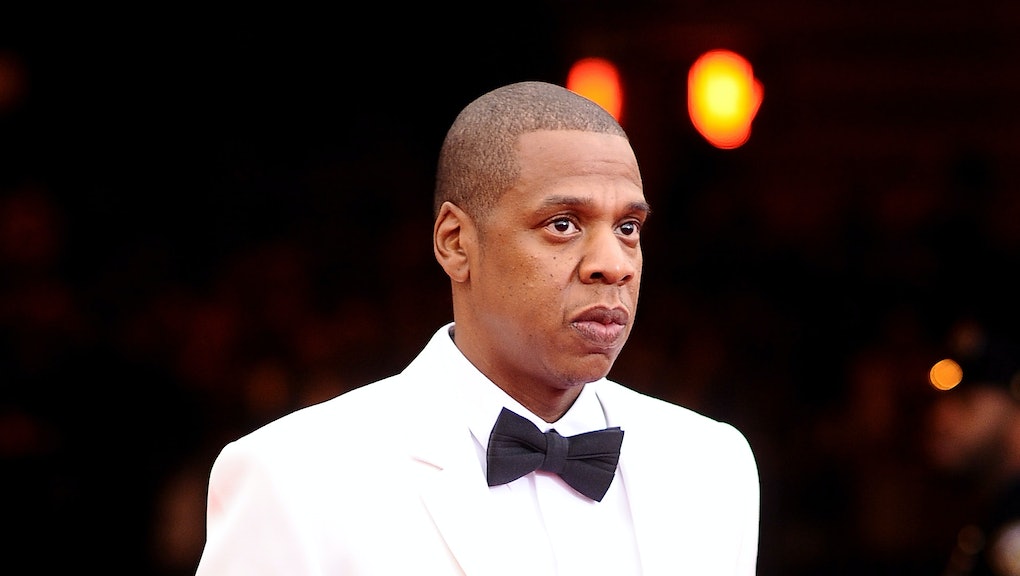 Even people who don't know much about hip-hop know the rough trajectory of Jay Z's story: Raised in the Marcy Projects in Brooklyn, New York, Jay Z has ridden a string of brilliant hits to become the king of hip-hop. Along the way, he's written songs featuring some of the genre's most pointed social critiques. But he hasn't always translated those words into actual social activism, with some even accusing him of turning his "back on social responsibility."

But in the face of the raging civil rights debates following a New York grand jury's decision not to indict the officer who killed Eric Garner, it seems that hip-hop's premier "businessman" is finally stepping in to fix things. On Wednesday, Jay Z met with New York Gov. Anthony Cuomo to discuss ways the elected official could reform the state's criminal justice system to prevent race-driven police brutality.

According to Cuomo spokeswoman Melissa DeRosa, Jay Z and Cuomo "had a productive conversation about doing a top-to-bottom review of the criminal justice system, and how we can all work together to pass a reform package that ensures equality in the eyes of the law."

Details about the meeting are scarce, but they may have been discussing plans to bring in a special prosecutor to review future cases of police brutality — something hip-hop mogul Russell Simmons claimed he and Cuomo spoke about during a phone meeting earlier this week.

This isn't the only sign that Jay Z is taking on a greater civic responsibility, though. He was also vital in using his connections to organize the "I Can't Breathe" shirt protest that took place Monday during the Brooklyn Nets/Cleveland Cavaliers game. He brought the shirts to the players, who wore them during warmups. Photos of the players in the shirts went viral, drawing even more attention to our national shortcomings. (Representatives for Justice League NYC, a New York City-based social justice organization, said Jay wasn't wearing the shirt because the double-XL-sized shirt would have fallen past his knees.)

These two public appearances this week are big steps for Jay Z, who once defended his social inaction by claiming, "My presence is charity," a statement that drew a lot of flack at the time. He also missed a vital opportunity to take a stand on racial profiling last year when detectives hired by Barney's, a clothing store the rapper was collaborating with, profiled and arrested a young black man for trying to buy a belt from the store. They assumed he had gotten the money illicitly.

But Jay Z is a strategic person, and he clearly waits for moments that he feels are dire. These were firm, public-facing and incisive actions. He sees clearly that the chips are down, and this is not the time for "Politics As Usual."