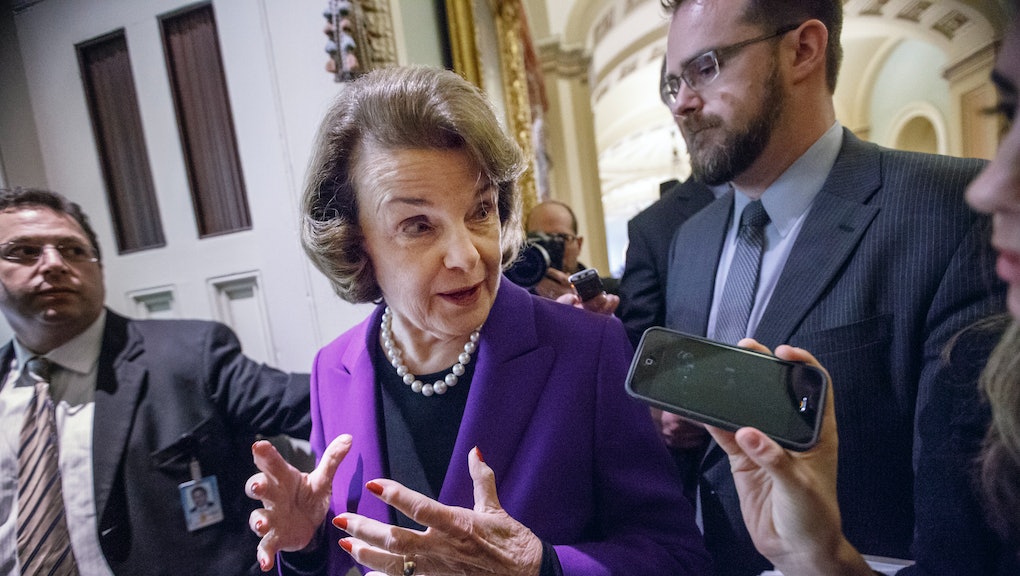 Two days after a Senate panel made public the violent and revolting tactics used by American interrogators on terror suspects after the 9/11 attacks, CIA Director John Brennan faced reporters Thursday to defend the agency against a growing chorus of critics.

It was, as you might expect, a complete disaster.

Brennan was not at the CIA when the Bush-era torture programs were first developed and used on prisoners, many of whom were snatched from their homes abroad and transported to "black site" prisons across Europe and Asia. But he is the leading voice of the intelligence community now, and his half-baked defense of the program will energize critics calling for more disclosures and legal action against its architects.

"It is our considered view that the detainees who were subjected to enhanced interrogation techniques provided information that was useful and was used in the ultimate operation to go against Bin Laden," Brennan told reporters in a briefing at CIA headquarters in Langley, Virginia.

But he quickly backpedaled on the point, saying he could not "attribute [finding Bin Laden] to the use of EITs" (which is "enhanced interrogation techniques" in bloodless CIA jargon). Later, he would again suggest that torture did, in fact, yield useful information.

The truth, Brennan finally resolved, was that efficacy of torture is "unknowable."

What is now very "knowable" thanks to Feinstein and her team's five-year investigation is that the CIA systematically mistreated prisoners, in clear defiance of international law, killing at least one detainee and force-feeding several more through a brutal processes known as "rectal feeding" and "rectal rehydration."

Brennan did not once say "torture" during his long press conference. He mostly chalked up the horrifying abuses detailed in the report to an agency "unprepared to conduct a detention and interrogation program."

"Our officers inadequately developed and monitored its initial activities," he said, pushing the blame in the direction of a group of nameless rogue operators just minutes after stating the George W. Bush White House authorized the program.

At one particularly awkward point in his comments, Brennan even thanked Feinstein's Senate staff for their hard work in preparing the report. It was an interesting choice of words, given the fact he had to publicly apologize to Feinstein for CIA attempts to hack into investigators' computers over the summer.

Despite Brennan's best attempts to muddy the waters, viewers — especially on social media — were crystal clear on what they thought about the CIA and Bush administration's actions:

The torture report is out. The actions it details, as Sen. John McCain (R-Ariz.) said on the floor of the Senate, are a "stain" on our nation. As Brennan's words today and Feinstein's rebuttals make clear, there is still more for our government to do before this is made right.