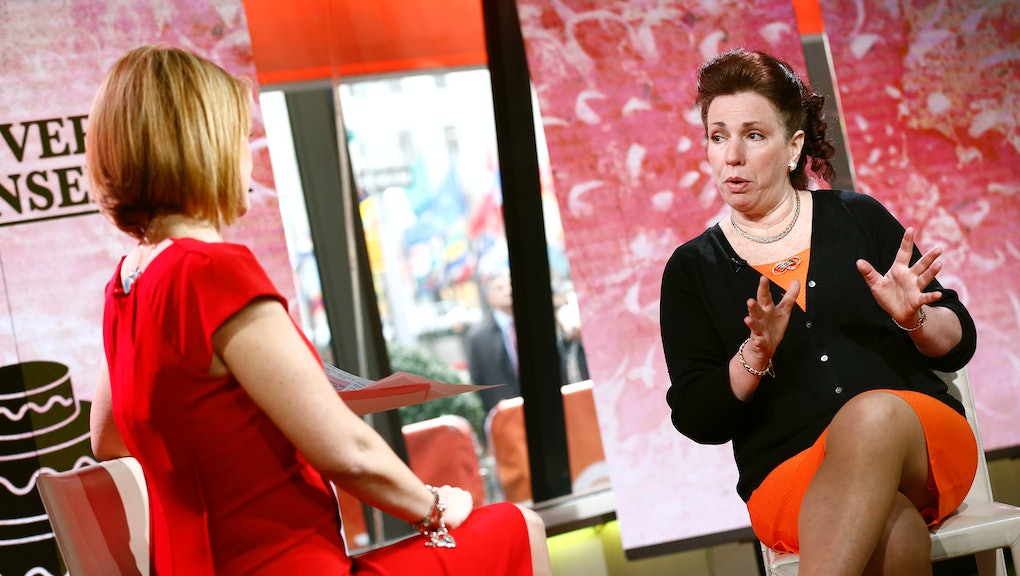 This just in: Rape is in no way, shape or form, a "learning experience."

Yet that's exactly how Susan Patton, aka "Princeton Mom," described it on air during a CNN interview on Thursday. Brought on to discuss campus sexual assault, she grossly mischaracterized being raped while drunk as "a learning experience" and "a clumsy hookup melodrama."

Patton is but one recent example of "high-profile" commentary gone wrong. Recently, highly publicized cases, such as the Rolling Stone-University of Virginia debacle, Lena Dunham's revelations and the mounting Bill Cosby allegations, have exposed the vast discrepancies between people's perceptions and the reality of rape.

But for most victims, it doesn't take a media spotlight to beget insensitive, uninformed and downright erroneous remarks about sexual assault. It's something they face every day. Here are some things we should stop saying, immediately, to survivors:

"What were you wearing?"

This question is a classic, if not ubiquitous, victim-blaming approach. Time and again, victims are asked what they were wearing at the time of their assault, implying they were "asking for it."

Newsflash: The cause of rape is 100% rapists, not clothing choices.

In March 2014, Twitter user @Steenfox addressed this issue when she asked followers what they were wearing at the time of their assaults. The responses clearly demonstrate the irrelevance of fashion when it comes to rape:

At its core, rape is about power and control, not sex or attraction; a woman "luring" or "enticing" her rapist with an outfit is absurd. Furthermore, the idea that a woman who is dressed a certain way is somehow responsible for her own assault isn't just inaccurate, it creates a class system of women and girls who are more "rapeable."

"You shouldn't have been drinking."

Like its clothing counterpart above, this is another favorite catchphrase of victim-blamers, particularly in the context of college sexual assaults, where partying is often the pretext for rape.

But women are not raped or assaulted because they're drinking or drunk. Rather, as one expert quoted in USA Today said, "People get raped because there is a perpetrator there — someone who wants to take advantage of them."

Perhaps it's time to start looking at alcohol as a date rape drug instead of an excuse to justify or shrug off sexual assault.

"But he's your boyfriend. That's not rape, that's sex."

Despite the myth that "real" rape is only committed by strangers, statistics say otherwise. According to the Rape, Abuse & Incest National Network (RAINN), 73% of rapists are non-strangers. Specifically, 38% of rapists are the victim's friend or acquaintance, 28% are intimate partners and 7% are family members.

The bottom line: Any unwanted sexual contact is assault, no matter who is perpetrating it.

"You should have reported it."

Despite being ranked by the FBI as the second most violent crime, behind murder, rape is among the most underreported crimes nationally, with 60% of rapes going unreported.

According to RAINN, there are several reasons why victims are reluctant to report their assaults: "The most common reason given by victims (23%) is that the rape is a 'personal matter.' Another 16% of victims say that they fear reprisal, while about 6% don't report because they believe that the police are biased."

Even when a rape is reported, only 3 out of 100 rapists will ever serve a day in prison, a bleak statistic that may also discourage victims from reporting.

At the end of the day, it's vital that we support survivors in their decisions whether or not to report their assaults. Only they can make that call.

"Why didn't you fight back harder?"

Last month, the FBI finally updated its definition of rape, removing the word "forcible" to recognize that not all assault victims are physically overcome by their rapists.

There are several instances in which victims might be raped and either don't or can't fight off attackers. For example, they may be drugged or otherwise mentally incapacitated, in fear for their lives, outnumbered or experiencing tonic immobility, a response to trauma in which a person freezes.

"Are you sure you don't just regret having sex with him?"

If a women has sex with a man, regrets it and cries rape, that constitutes a false allegation — which is extremely rare, despite men's rights activists' claims that this practice is endemic. In fact, according to the National Sexual Violence Resource Center (NSVRC), only 2% to 8% of rape reports are false.

However, as the NSVRC points out, false reports are not necessarily the same as false allegations: "Investigators, prosecutors and others often decide that a sexual assault did not happen based simply on their own views of the victim, the suspect and their credibility."

A man has a greater chance (1 in 33) of becoming a rape victim himself than being falsely accused of raping someone.

This simply is not true. While the vast majority of rape victims are female, approximately 3% of American men — 2.78 million men — have experienced an attempted or completed rape in their lifetimes.

Despite this, many men are reluctant to acknowledge, let alone report, their attacks. According to research published in Psychology of Men & Masculinity in July 2014, "the majority of men who have experienced something that would qualify as child sexual abuse or adult rape based on research definitions do not label their experiences as sexual abuse or rape."

Perhaps this is driven by a fear of being called gay, weak or "less of a man," but regardless, it is important that we believe and support male survivors.