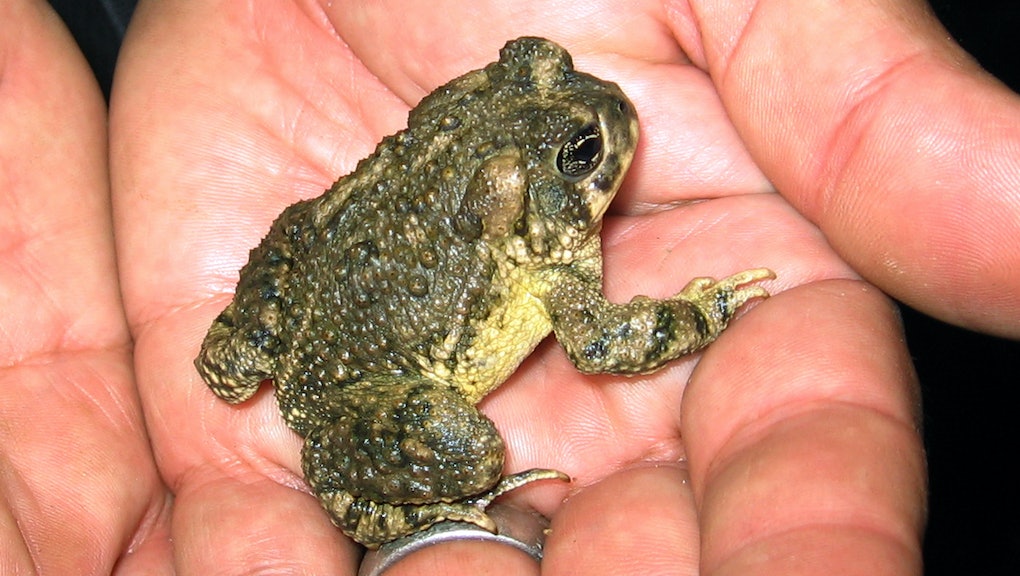 How was your week? Feel like it flew by? In that time, somewhere between 10 and 690 animal species went extinct.

That's according to the journal Nature, which published a thorough look at the threats facing wildlife around the globe. It's a bleak picture, and it's compounded by the lack of specific information about many species — after all, 1.7 million species have been described, making it nearly impossible to assess threats to each and every one.

The numbers: Up to 26% of mammal species, 13% of bird species and a whopping 41% of amphibian species are listed as "threatened" with extinction by the International Union for Conservation of Nature.

And that's of the ones we know about. Scientists predict anywhere from 2 million to 11 million more animal species haven't been uncovered yet, potentially because they live in remote locations and/or may already have small populations that could leave them even more vulnerable.

That's what leads to the huge variance in estimated extinctions. But no matter how you slice it, 10 extinct species a week is worrisome, and nearly 700 would be near catastrophic.

The reasons: According to Nature, the plurality of population declines, about 37%, are due to exploitation, a category that includes hunting and fishing. Another 31% come from habitat degradation and change, while 13% come from outright habitat loss.

A more uncertain factor is climate change. While it accounts for 7% in Nature's estimation, it also interplays with habitat changes as well as human usage of land. Just how big a role climate change will play in future extinctions remains to be seen.

While the study says conservation measures could slow the decline, it'll be far from easy. More than half of the planet's wildlife population has disappeared over the past four decades, according to the World Wildlife Fund and the Zoological Society of London, and that's not something you can reverse with a few new regulations and treaties.