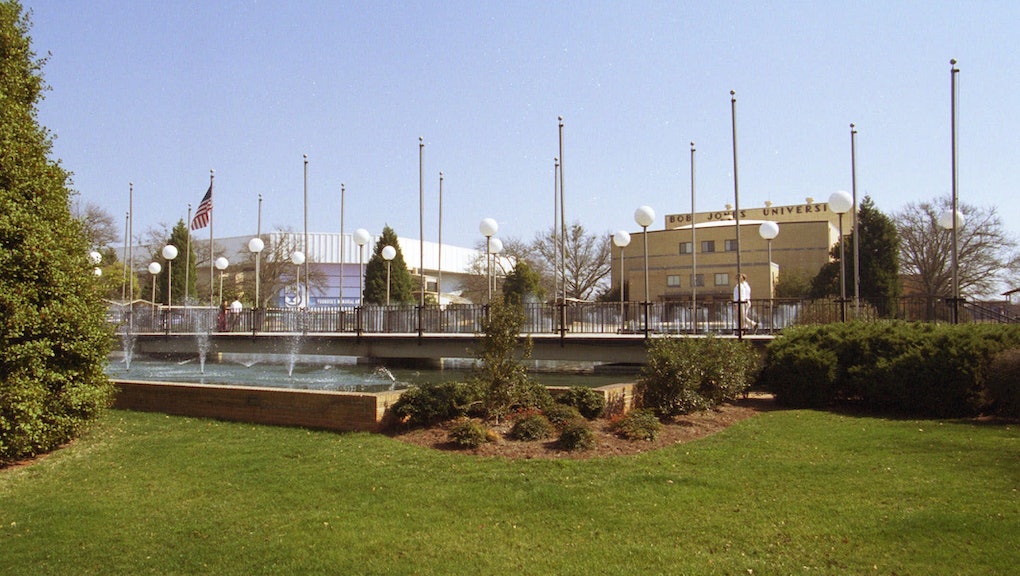 The news: The ongoing Rolling Stone saga may have put University of Virginia at the center of a national conversation on campus sexual assault, but another university might be setting the ultimate example of what not to do when dealing with survivors.

On Thursday, evangelical group Godly Response to Abuse in the Christian Environment released a damning investigation of Bob Jones University, which is a small, fundamentalist school in South Carolina that commissioned GRACE two years ago to look into allegations that sexual abuse was being swept under the rug at the school.

What the investigation found is deeply concerning: More than half of the 381 people who GRACE surveyed said the administration at Bob Jones had a "blaming and disparaging" attitude toward victims. Around half of the 166 people in the survey who identified as victims of sexual abuse said that the school actively discouraged them from going to the police because it would reflect poorly on their families, churches and the school.

But the truly horrifying details come from the anecdotes, where the students discuss how their trust in the school and their religious faith were shattered by their experiences:

"I was abused from the ages of 6 to 14 by my grandfather," one respondent said. "When I went for counseling I was told: 'Did you repent for your part of the abuse? Did your body respond favorably?'" The person reported being told by a university official that going to the police "tore your family apart, and that's your fault," and "you love yourself more than you love God."

Why this is important: What sets the situation at Bob Jones apart from other schools that have dealt with campus rape controversies is that many of the students experienced sexual abuse before they even got to the school.

Around half of the self-identified sexual abuse survivors said in the survey that they were attacked before starting at Bob Jones, with many of them being abused as children by the people within their churches.

But what these students found once they arrived at Bob Jones was not a supportive environment that prioritized students' physical, mental and emotional health, but a rigid, religious system that placed the church's image before anything else.

"We failed to uphold and honor our own core values," Steve Pettit, the university president, said in a statement on Wednesday. "We are deeply saddened to hear that we added to their pain and suffering."

What GRACE found at Bob Jones is a rather extreme example of victim-blaming and rape culture at work. But like the Title IX investigation, this report reminds us that throughout the country, there are thousands of rape and sexual abuse survivors who are unable to receive the support that they need from their schools. And the more we dig up and expose these bureaucratic failings, the better.