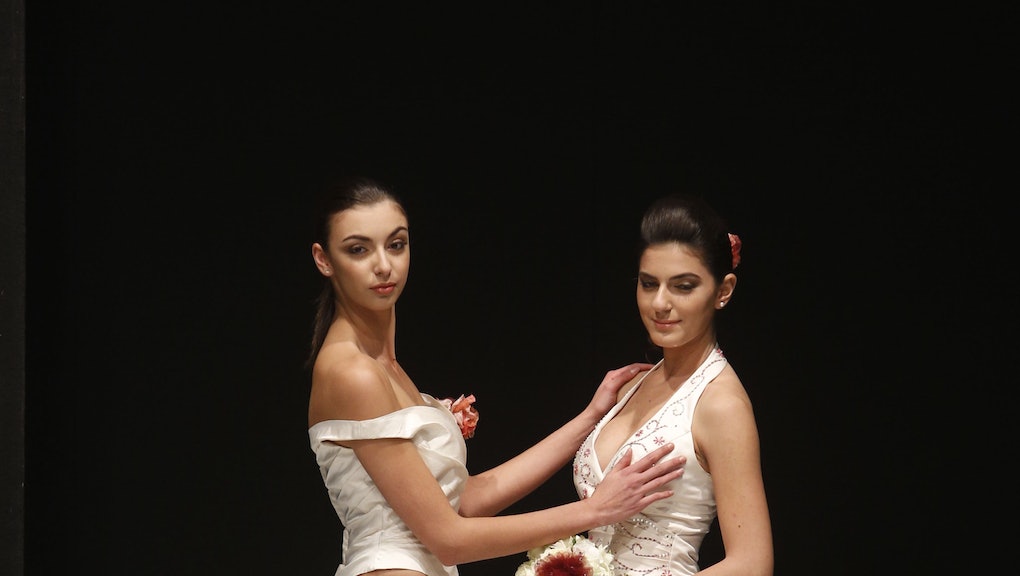 It could make you a more compassionate human being.

A new study published in the journal Science confirms that knowing a gay person will make you more sympathetic to the community's political causes. You will be more likely to support the group's political rights, including same-sex marriage, if you didn't already.

Researchers Michael LaCour of UCLA and Donald Green of Columbia University found that while both straight and gay political canvassers for same-sex marriage had widespread initial success wooing supporters in 20-minute conversations, only gay canvassers had effects that "persisted in three-week, six-week and nine-month follow-ups." Those effects were confirmed in a second study of the same nature, suggesting that only gay canvassers sustained political change when it comes to advocating for marriage equality. In addition, they found "strong evidence of within-household transmission of opinion change, but only in the wake of conversations with gay canvassers. Contact with gay canvassers further caused substantial change in the ratings of gay men and lesbians more generally."

Their conclusion? "Contact with minorities coupled with discussion of issues pertinent to them is capable of producing a cascade of opinion change."

This research, as New York magazine notes, confirms the theory of the "contact hypothesis," whereby contact with someone who is different from you will make you more sympathetic to those differences, whether its sexuality, race or religion. Why? Because, New York magazine contends, "those personal stories the gay canvassers told appear to have had a bigger impact than the stories straight canvassers told about friends or family members."

Social change happens when people talk to each other, especially when discourse is coupled with legislative changes. (For example, during this study, the Supreme Court delivered its two marriage equality verdicts in June 2013, and now more than two-thirds of the United States has legalized same-sex marriage.) Together, open-mindedness on a personal and judicial level can create a lasting impact for a more equal society.

Gay mind control? Not exactly. But this study does prove that exposure can help people see that someone else's differences — such as their sexual orientation or opinion on marriage equality — are not threatening to the mainstream way of life.