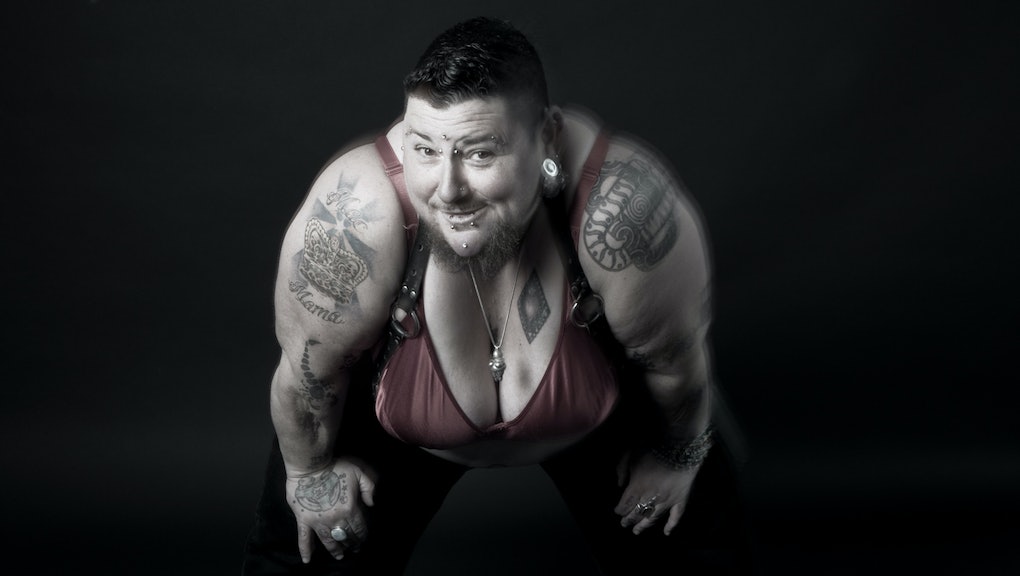 9 Stunning Photos of 'Butches' That Shatter Society's Stereotypes About Masculinity

Vancouver-based photographer and self-proclaimed "gender terrorist" S.D. Holman gives us an answer with BUTCH: Not like the other girls, a photography project that delves into female masculinity and demonstrates that the "butch" identity is very much alive and well in 2014.

What this project affirms, as Holman told Mic in an interview, is that "masculinity is not, and has never been, the sole domain of men."

"Pop culture would have us believe there is no place for butches," Holman told Mic. "Even in 2014 and you've-come-a-long-way-baby post-feminism, I am questioned all the time about my look, my behavior. ... Masculine women are bombarded every day with the message that we're wrong, disgusting, barely human. Whether we're going into a job interview or a public washroom."

The objective of this project, therefore, was to offer a different perspective on the butch aesthetic. In other words, Holman hopes to present masculine women to the world as the queer community sees them: "hot, handsome [and] desired. I want us to have a reflection of ourselves that we can look up to [and] admire."

Holman said that, in particular, she hopes the project will send a message to "young butches."  "I want them to know they are glorious in their myriad styles of butchitude," she explained.

To that end, the artist said her use of black-and-white photography was intentional, as was the way she plays with the lighting in order to add romance and humor to the portraits. Holman deliberately aimed to "disrupt photography's long tradition of claiming an objective gaze that 'captures' the exotic other for [consumption]," she said, by having her subjects look directly into the camera.

The choice of the word "butch" has a special meaning for Holman. In the history of lesbian and queer women, "butch" as a identifying term has gone in and out of popularity over the past 100 years. More recently, with the rise of queer and trans identities, butch has arguably fallen out of fashion. Holman, however, wants to bring the term back. "I don't think that Butch is archaic," she said. "Perhaps it's arcane, that is, it requires secret knowledge to be understood. But maybe if some don't get it, then they just don't get it."

Holman believes that this project will help both straight and queer communities think about what masculinity means when expressed by a female body. At the same time, she hopes this project especially resonates with masculine women and makes them "feel seen, recognized and part of a community."

"For butch viewers, I hope it's validating to see a whole rowdy gang of styles rather than one [butch stereotype]," she said. "I want these photos to make all butches feel the way my wife Catherine made me feel: disastrously handsome. For those in the straight world, I hope it knives the stereotypes in the back and lays [them] to rest."