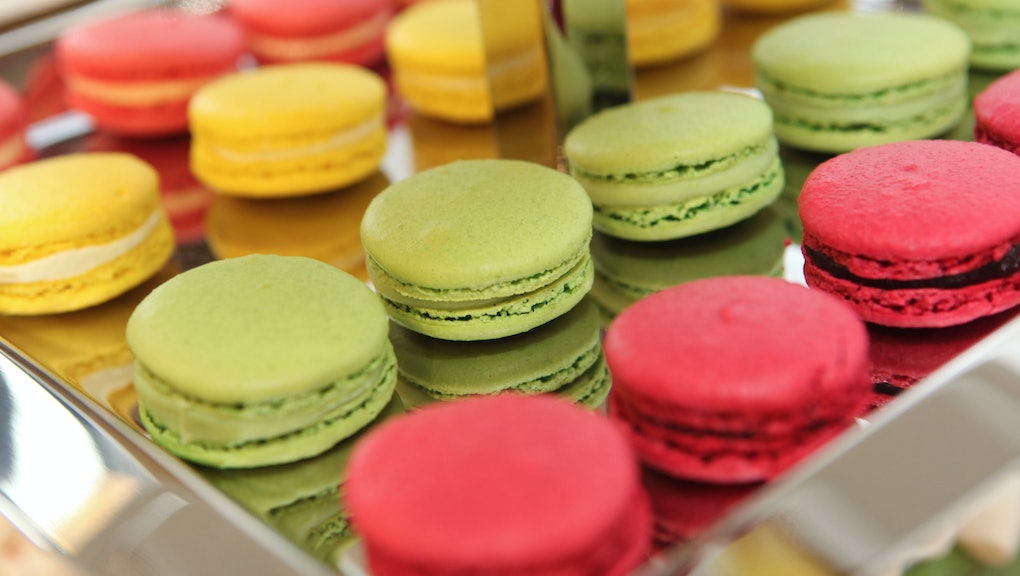 Scientists Have Discovered Something Amazing About Music's Influence on Taste

It gives "sugar pop" a whole new meaning. We all know the trick of holding your nose to dull the taste of something unappetizing, but it turns out that smell isn't the only sense that affects taste. New studies have discovered that anything from the color of the cup you're drinking from to the music you're listening to when you chow down can affect the taste of your food.

A recent study by researchers at the Crossmodal Research Laboratory at Oxford University explored how each of the five senses interacts with the others, and found signs of a relationship between taste and hearing.

For instance, researchers found that high-pitched sounds tend to be associated with sweet and sour foods, whereas low pitches are linked to bitter and umami (or savory) tastes. But the relationship between taste and sound can be more than just an association.

Sounds can actually alter the way that foods taste. In one study, participants munched on toffee candies while listening to different soundtracks and then rated the taste of the toffee on a scale ranging from bitter to sweet. Participants found the toffee sweeter when they were listening to higher pitches and more bitter when they listened to lower pitches. But what the participants didn't realize was that although the soundtrack changed, they were eating the same toffee every time.

This discovery opens up lots of new possibilities for the culinary world. The correlation between taste and sound is being called "sonic seasoning" — and restaurants are already starting to take into consideration. Ben & Jerry's, for example, is considering creating ice cream flavors that come with "QR codes on the tubs that will allow eaters to access complementary sounds via their phones," the Guardian reports.

Music isn't the only sound that affects taste either — and sometimes the effects aren't so delicious. Take airplane food for example: A 2011 study found loud background noise actually suppresses certain flavors in foods, including saltiness and sweetness, which might explain why so many people and stand-up comics complain about the blandness of airline food.

It's not just restaurants and chefs that can use this knowledge. Some researchers have suggested that the discovery could lead to healthier eating habits. If music can alter how sweet or salty a food tastes, we could possibly eat less salty foods while listening to the right tune and get the same satisfaction.

Sound isn't the only sense that factors into how food tastes to us. Another recent study found that the color of our coffee mug impacts how the coffee tastes. For instance, the coffee drinkers found the beverage to be more better in a white mug and less so in a clear mug. A blue mug offered a happy medium between the two. Looks like dishes matter for more than just appearance.

So pull out the fine china and take the time to find just the right song. The secret to a good meal really is in the details — just not the ones you might expect.