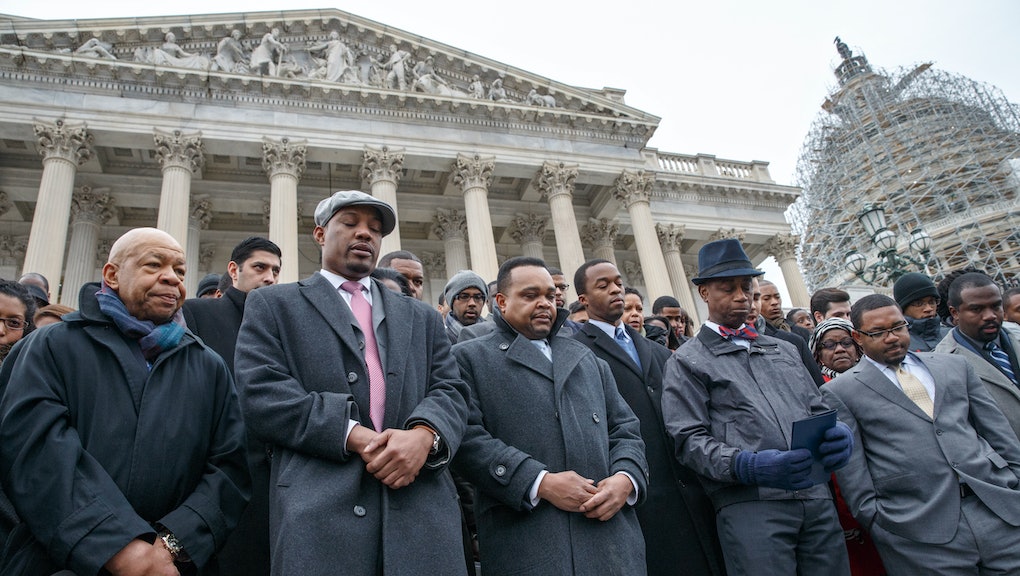 After watching nationwide protests unfold against police brutality, members of Congress did what they have seemed incapable of doing for years: something.

A bill passed by both chambers of Congress and headed to President Barack Obama's desk will require local law enforcement agencies to report every police shooting and other death at their hands. That data will include each victim's age, gender and race as well as details about what happened.

"You can't begin to improve the situation unless you know what the situation is," bill sponsor Rep. Bobby Scott (D-Va.) told the Washington Post. "We will now have the data."

It's not the first time Congress has tried: The same law was actually passed back in 2000, but was allowed to lapse in 2006 and was never reauthorized (despite repeated attempts by Scott). Because it takes years for enough local departments to start submitting all that data, the original law barely yielded anything before it expired.

While it will likely take a long time once more to get a usably large picture of police killings across the country, the federal government has an enforcement mechanism to make sure agencies submit: The Department of Justice can withhold federal funds from any states that don't comply.

There's other legislation in the pipeline aimed at combating police brutality following the deaths of Michael Brown, Eric Garner and Tamir Rice, including bills that would require police departments to comply with federal racial profiling standards and stop local agencies from receiving military weapons and equipment. "It's not a new issue ... it's not isolated incidents by rogue police," Rep. John Conyers (D-Mich.) said during a Capitol Hill briefing featuring mothers of son who were killed by police. "We have a lot of work to do."

It's just a first step: The bill is a first step to address a major problem activists, lawmakers and reporters faced after the deaths of Brown, Garner, Rice and others at the hands of law enforcement. As the subject of police brutality was pulled into the national spotlight, concrete data regarding the use of deadly force against civilians by police officers wasn't nearly comprehensive enough to make concrete statements about its application; there was no way, for example, to determine what percentage of those killed by police were black, or male. Police departments keep their own data, meaning there's no official measure of how often this happens.

We do know, according to ProPublica, that black male teens are 21 times more likely to be killed by police than white ones. And that's only using the data that police departments self-reported to the FBI.

Requiring data collection like this is a good first step. But the key is to not wait years until reports are coming in to do more.