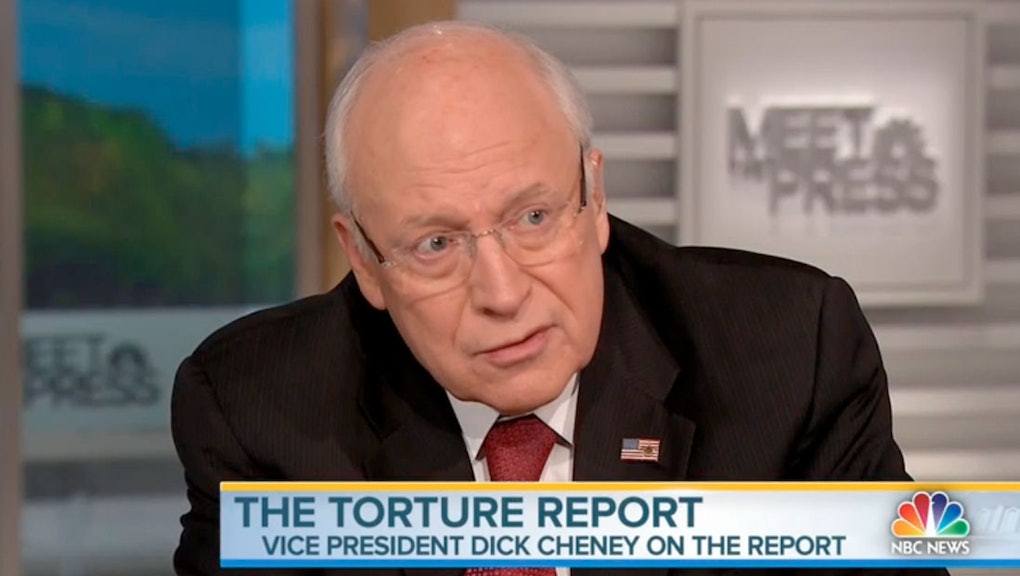 Speaking to Chuck Todd on Sunday morning's edition of Meet the Press, Cheney doubled down on his staunch defense of the CIA's program, which he calls "enhanced interrogation techniques."

Watch a short clip from the interview below:

"I have no problem as long as we achieve our objective, and our objective is to get the guys who did 9/11, and it is to avoid another attack against the United States," Cheney said on the show.

"It worked. It worked now for 13 years. We've avoided another mass casualty attack against the United States, we did capture bin Laden, we did capture an awful lot of those senior guys at al-Qaida who were responsible for that attack on 9/11. I'd do it again in a minute."

During the rest of the interview, Cheney also shared a few other thoughts, which Meet the Press tweeted out during the show:

The CIA's "enhanced interrogation" techniques were not effective; the CIA provided extensive inaccurate information about the operation of the program and its effectiveness to policymakers and the public; the CIA's management of the program was inadequate and deeply flawed; and that the CIA program was far more brutal than the CIA represented to policymakers and the American public.

Of course, there's always the other route to talk about the report: Make fun of it, which is just what Saturday Night Live did with the cold-opening of this week's episode: