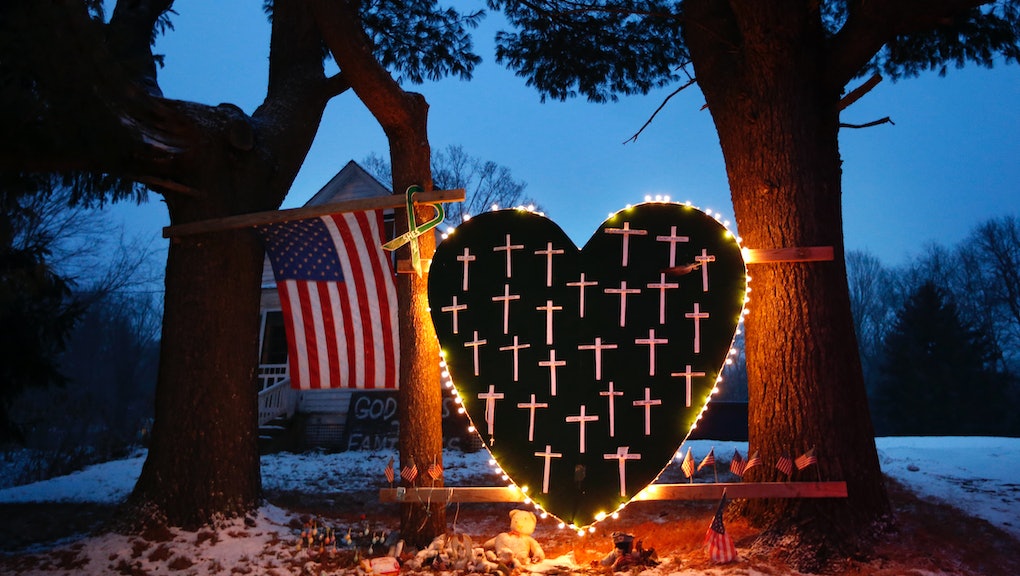 But recent research suggests that it's not the lone sociopath Americans have to watch out for. It's the revolver in your desk awaiting the right furious argument, or the concealed-carry pistol under your jacket ready to be pulled in a fit of road rage.

Vanderbilt University's Jonathan Metzl and Ken MacLeish analyzed 40 years of data and found that stereotypes of mental illness and gun crime are unfounded. Though many seem to believe the proper response to a mass shooting is to talk about gun rights, gun safety and keeping guns out of the hands of the mentally ill, Metzl and MacLeish argue that it's not.

"Gun discourse after mass shootings often perpetuates the fear that 'some crazy person is going to come shoot me,'" lead author Metzl said. "But if you look at the research, it's not the 'crazy' person you have to fear."

For their research, Metzl and McLeish examined four common, but ultimately incorrect, assumptions about guns, mass shootings and the mentally ill, all of which tend to gain traction in the aftermath of a mass shooting:

In reality, the inverse is true: The mentally ill suffer from a disproportionate amount of violence. "Our research finds that across the board the mentally ill are 60 to 120% more likely than the average person to be the victims of violent crime rather than the perpetrators," the authors said. Less than 5% of the 120,000 gun-related killings in the U.S. between 2001 and 2010 involved a killer who had previously been diagnosed with a mental illness.

"Even the overwhelming majority of psychiatric patients who fit the profile of recent U.S. mass shooters – gun-owning, angry, paranoid white men – do not commit crimes," the authors wrote. "Basing gun crime-prevention efforts on the mental health histories of mass shooters risks building 'common evidence' from 'uncommon things,' all while giving mental health providers the untenable responsibility of preventing the next massacre."

Problematic lies: Among the myths Metzl and MacLeish debunk are pernicious but entrenched ideas, including that mental illness is responsible for gun crime or that psychiatrists can somehow detect mass shooters before they commit the crime.

According to Metzl, the proliferation of guns in American society, not individual pathologies, is driving the increase in mass shootings observed by the FBI over the past decade. For example, his research finds that "people are far more likely to be shot by relatives, friends, enemies or acquaintances than they are by lone violent psychopaths."

Fighting back: Last year, Metzl argued that focusing specifically on mental illness as a contributor to mass shootings could distract Americans from a larger issue: the "mass psychology of needing so many guns in the first place, or the anxieties, apprehensions and psychical traumas created by being surrounded by them all the time."

He's also passionately criticized American policymakers for creating an environment where the only gun control measures that are seriously discussed are restrictions for the mentally ill. While Metzl agrees that building a stronger mental health system should be a high national priority, his research indicates that only discussing the psychology of a few sensational mass killers could be distracting us from the larger problems.

Unfortunately, the pro-gun side is winning. Two years after Sandy Hook, Pew Research Center reports there's more support for gun rights than for gun control, despite well-documented evidence indicating more guns leads to more violent crime. Mental illness is only one of several factors contributing to gun violence; the real problem is all those guns lying around, waiting to go off.