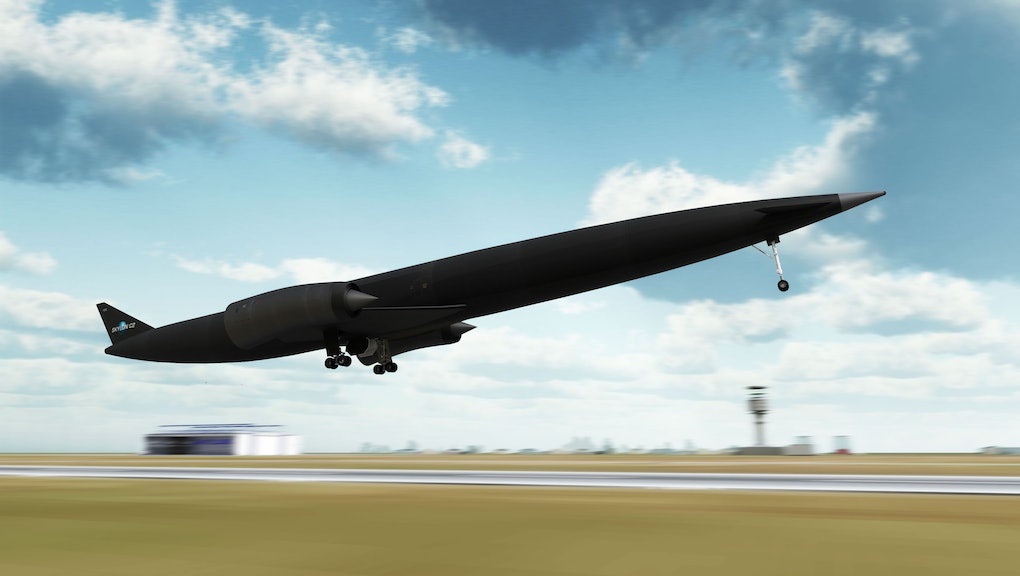 Flying from Los Angeles to Tokyo in six hours might sound like an impressive feat, but British aerospace firm Reaction Engines is developing a plane that could fly passengers anywhere in the world in just four hours.

But if for some reason that's not exciting enough for you, the Skylon, as it's being called, is also being designed to be capable for travel outer space.

These kinds of futuristic travel speeds are made possible by Reaction's "Sabre" engine system, which can be cooled by more than 1,000 degrees Celsius in just .01 seconds. That kind of cooling power would allow the jet engines to run at a much higher power than previously possible, and more power translates to more speed. According to chief engineer Alan Bond, Sabre would allow for enough power to fly at Mach 5, five times the speed of sound, "pretty easily."

Watch him explain the technology below:

This technology has actually been in development for several years. In 2012, the Telegraph explained its basic science:

The breakthrough technology is a cooling system which uses an array of thin pipes, arranged in a "swirl" pattern and filled with condensed helium, to extract heat from air and cool it to minus 150 [degrees Celsius] before it enters the engine.

Reaction Engines hopes to eventually use the Sabre engine system to build a 276-foot-long plane that can carry 300 passengers and fly like a rocket, but take off and land horizontally like a plane. Each one is projected to have a price tag around $1.1 billion — but hey, can you really put a price on this kind of speed?

It will "transform high-speed aviation," Bond said, adding, "we have no competitors. We are unique."

Unfortunately, to accomplish this amazing feat of design, the engineers couldn't include windows to the outside world, but with these windowless planes also in development, there might be some serious potential for a great collaboration.