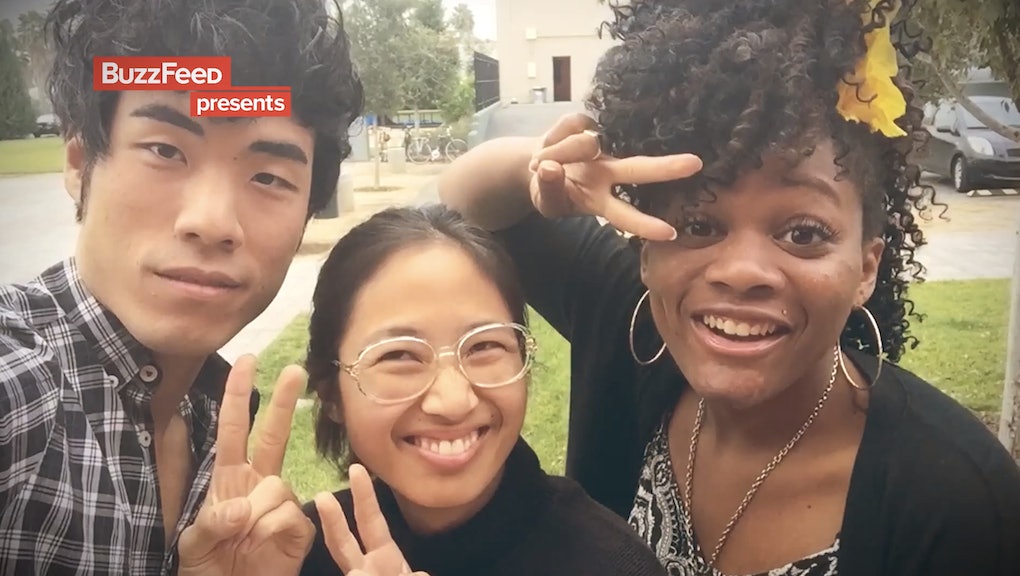 Maybe it's not such a great idea to tell someone who's Asian that "you're the Yellow Ranger!"

Tackling a slew of racial stereotypes, BuzzFeed's Eugene Lee Yang stars in a new comical video parody of daily microaggressions faced by Asians, whether it's assumptions about country of origin ("No, where are you really from?") and fluency in Mandarin or stereotypes about being good at math and technology.

This video exposes multiple myths: From the "silent minority" to the "model minority," Yang shows that not all Asians are the same and can't be grouped into one big, innocuous, white people-friendly box. It might seem obvious to some, but these sorts of casual microaggressions are actually quite common, such as comments relating to the idea that Asians are short ("You're pretty tall for an Asian") or how people act in some kind of stereotypical "Asian way" ("Oh, you're such a banana").

Beyond the generic sexual fetishizing ("Stacy is really into Asian guys"), Asians are also fetishized through the Orientialism trope, which is a form of othering a person by eroticizing their "foreignness," as the video hilariously documents:

This video reveals the problem with how we talk about diversity in America, which rarely refers to or applies to Asians:

White woman: "I love that HBO show — it's so diverse."

The Asian Catch-22: There are more than 19 million people who identify as Asian in the U.S.; across the globe, this number is in the billions. But minority status is not directly related to or conferred by population size. Being a "minority" within a particular society is determined by rights, protections and privileges afforded or denied to a group of people, based on their ethnicity, race, sex, gender and sexuality — or a combination of factors.

The microaggressions detailed in this BuzzFeed video don't have to do with the size of the Asian population, but rather highlight how stereotypes are perpetuated by generalizations. Perhaps sometimes useful shorthand, these generalizations turn into ugly and limiting stereotypes that foreclose the possibility of people knowing each other as individuals.