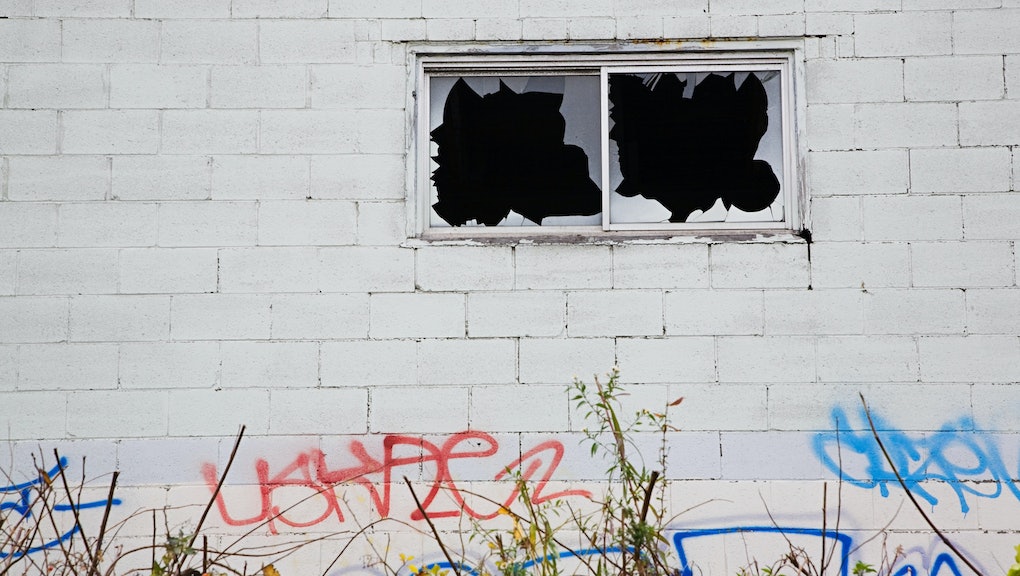 This summer, Eric Garner died in Staten Island after being put in a chokehold by a police officer. The non-indictment of the officer who caused his death prompted public outrage over excessive use of force and racial prejudice.

As it should have. But equally noteworthy is the fact that Garner died resisting arrest over the infraction of allegedly selling loose cigarettes, after pleading that he was tired of endless harassment. That a police officer would ultimately end up putting a man in a coffin over street peddling is tragic, but far from inconceivable: The Garner case is the natural outcome of a style of policing embraced by New York and cities across the United States known as the "broken windows" theory, which ultimately sees people of color as a problem and systematically breeds confrontation.

Its champions excitedly insist that numbers don't lie. But they are also under no obligation to tell a meaningful truth.

Since the 1990s, New York's police have operated according to the notion that maintaining order in public spaces is the most effective means by which to combat crime. Their practices were derived from the influential broken windows theory of crime, which contends that signs of disorder such as dilapidated buildings, graffiti or panhandling prompt citizens to commit serious crimes at higher rates, and that crime can be managed by doggedly enforcing public order and control. Instead of chasing after felony arrests, police aggressively pursue misdemeanors and quality-of-life enforcement, predominantly in communities of color, arresting people for violations like jumping subway turnstiles. New York took up this policy under Mayor Rudy Giuliani and has seen its crime rate plummet ever since.

Champions of broken windows policing excitedly insist that numbers don't lie. But they fail to realize that the numbers are also under no obligation to tell a meaningful truth. New York's violent crime rate has seen a great decline for the last couple of decades, but there are variables other than policing practices that could also explain it. New York's crime peaked in 1990 — before Giuliani embarked upon mending all of New York's broken windows. Since then the crack epidemic faded, the economy fared well and the demographics of the city changed dramatically.

While New York grew safer, so did cities across of the country, regardless of whether or not they adopted broken windows policing. The decades-long decrease in crime nationally is the subject of a long-running debate between social scientists. The effect of the aforementioned strong economy and conclusion of the crack epidemic, legalized abortion, decrease in exposure to lead, aging patterns, mass incarceration, changing urban geography and many other factors are floated as possible explanations. Pinning down the key source of crime rates, which assumes that there's even a silver bullet explanation, is notoriously difficult to prove.

But what can be said with certainty is that hardcore broken windows policies that lead police to harangue people of color when they're committing petty crimes — and often when they're not — can claim no monopoly on credit for making a city safer. In 2002, political scientist Bernard Harcourt wrote a compelling analysis putting New York's success in the 1990s in context:

San Diego's police department, as Harcourt points out, reduced crime by retraining its officers, cultivating community-police relations and employing "a strategy of sharing responsibility with citizens for identifying and solving crimes" — all while reducing arrest rates. San Francisco also sought to have the police woven into its community rather than at odds with it, and achieved comparably impressive results. And many cities that maintained conventional practices did the same.

There is no firm basis on which to say broken windows theory is the only, the best, or even one of the better ways to manage crime. There is, however, a firm basis on which to say that this method of policing incurs serious social costs. Polls of New York residents show that people of color think the police are discriminatory and invasive in city life. As soon as many young men of color hit puberty, they learn that they are considered to be a suspect deserving of surveillance and repression. They develop criminal records for crimes that kids of other races or living in non-broken-windows cities would get away with, narrowing their prospects for the rest of their lives. Many are injured and killed in confrontations with the police while either innocent or committing minor crimes.

Advocates of broken windows are not only encumbered by questions of its efficacy, but also whether the societal costs are worth the reduction in crime. Was the harm inflicted on Garner in any way comparable to the benefits of arresting someone selling untaxed cigarettes?

"Custodial arrest represents the most intrusive form of government control against a human being. And, as such, it seems logical that it should be reserved for those situations in which a person is accused of committing a serious crime," wrote Delores Jones-Brown, a law professor at the John Jay College of Criminal Justice, in the New York Times.

The founding fathers of broken windows theory, George Kelling and James Wilson, foresaw its potential vices. In the famed 1982 Atlantic article introducing the concept to the general public, they contemplated how methods for maintaining order might devolve into a system of overzealous discrimination:

We might agree that certain behavior makes one person more undesirable than another, but how do we ensure that age or skin color or national origin or harmless mannerisms will not also become the basis for distinguishing the undesirable from the desirable? How do we ensure, in short, that the police do not become the agents of neighborhood bigotry?

They went on to say that while training should help, "We can offer no wholly satisfactory answer to this important question." But perhaps they knew the answer and were reluctant to admit it. As Justin Peters notes at Slate, the precepts underlying broken windows rest on blatantly racialized and classist theories of urban development and crime from earlier in the 20th century laid out by political scientist Edward Banfield. He assumed that lower-class men were pathologically predisposed toward crime, and that the impossibility of correcting their deviance was reason for the state to preemptively "abridg[e] the freedom of persons who have not committed crimes." Banfield's focus on the spectacle of order and cracking down on the urban underclass did not emanate from scientific inquiry into the effects of loitering, but a fundamental mistrust in people he found unsavory.

The brief history of broken windows programs suggests that it may be pathologically discriminatory. Instead of reforming it through incremental measures, why not just explore alternatives that do not ostracize communities of color or constantly prompt gratuitous confrontations between the police and citizens? New York would do well to consider ways to have police serve and protect all of its citizens, not just the privileged ones.