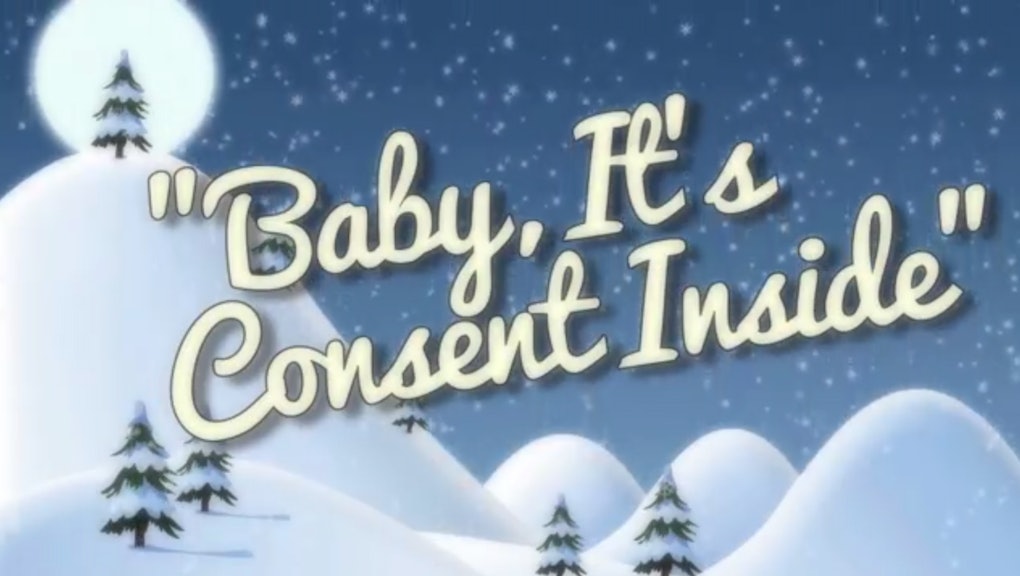 This Empowering Rewrite of 'Baby, It's Cold Outside' Is Better Than the Original

For a holiday sing-along favorite, "Baby, It's Cold Outside" has an oddly disturbing message.

Yes, if you listen closely, this spirited wintertime duet, featured in the 1949 film Neptune's Daughter, focuses on a man's steady sexual coercion of his female partner. Despite her persistent attempts to refuse his advances, the silky-tongued crooner used the cold weather as a means of persuading her to stay with him.

For decades, America has largely ignored this bizarre plot device. Comedian Dara Laine recently hit back against the song's insidious messaging in a short sketch, showing everyone how the song should've began and ended in the first place.

The twist: From the coziness of a male friend's apartment, Laine sings to him, "I really can't stay." That's when the music and the singing abruptly stops — and the guy responds in a way that's radically different from what everyone's become accustomed to:

This refreshing conversation continues in a way that highlights the man's understanding that no matter how much he desires a woman's company, if she says no, it means no. And any attempt to coax her otherwise communicates a lack of understanding about enthusiastic, freely given consent, unlike what's demonstrated in the original version.

Before her friend can say another word, Laine responds, "I already ordered an Uber and Marcus is on his way." Instead of protesting, he asks her to send a text when she gets home safe and they wish each other a merry Christmas. Even though he sighs in disappointment as she heads out the door, he's respecting her wishes. Ultimately, that's what matters most.

And it runs completely counter to what's seen during the song's original performance.

The male suitor offers his female guest a drink, only for her to take a quick sip and share that she can't stay. But he insists on pressing the issue, physically attempting to prevent her from leaving. He removes her hat and jacket after she puts it on, grabs her arm and blocks her from moving toward the front door. Going further, he guilt trips her for her constant refusals: "What's the sense of hurting my pride?"

And when she takes another sip of the drink, she asks, suspicious, "Say, what's in this drink?" But he ignores the question to continue reminding her of just how bad the weather is. Many have panned this portion of the song, noting that it may very well be a depiction of date rape. Despite the problematic messages, it's a tune that's re-recorded by everyone's favorite pop stars each year.

That's why Laine's take on the classic track is worth a listen: because the conversation about a man's unwanted advances is much more straightforward than a long song-and-dance routine about why so-called female prey should simply give in.