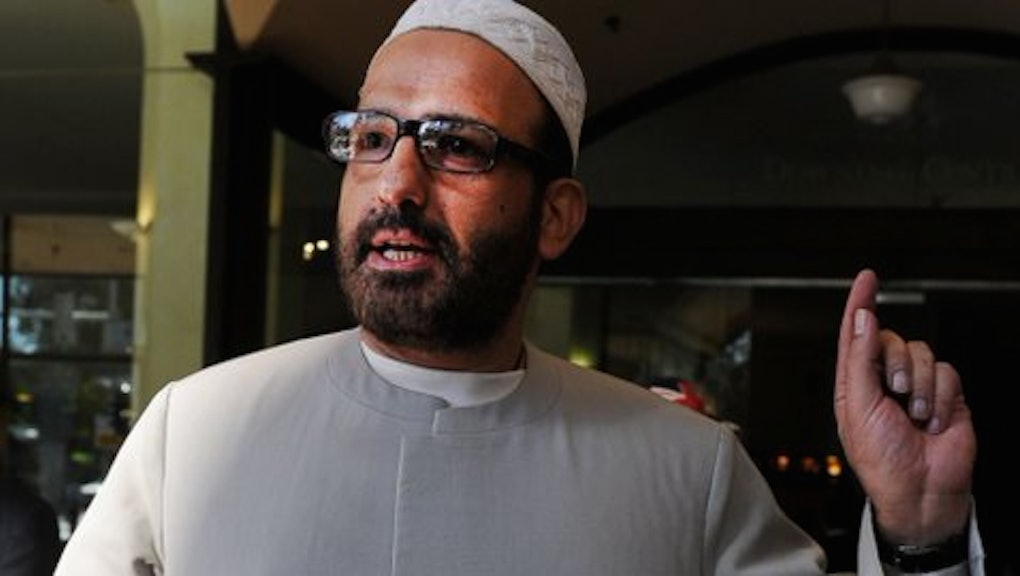 One Tweet Sums Up How #SydneySiege Could Have Been Avoided

If violence against women was taken seriously, could other crimes be prevented?

Many people are contemplating this question after the emergence of new information about Man Haron Monis, the alleged lone gunman responsible for the hostage situation that transpired Monday in Sydney.

Specifically, Monis, a 50-year-old Iranian political refugee granted asylum in Australia in 1996, has a history of sexual assault charges. As reported by Fusion, "In October he was charged with 40 counts of indecent and sexual assault, including 22 counts of aggravated sexual assault and 14 counts of aggravated indecent assault. He was also charged last year as an accessory to the murder of his ex-wife, the mother of their two children." That's in addition to an earlier charge of sexually assaulting a woman in 2002.

This tweet nails some unfortunate truths about sexual assault. First and foremost, society is still grappling with the right way to treat perpetrators of sexual violence. Monis received a sentence of 300 community service hours for sending "offensive and deplorable letters" to surviving families of fallen Australian service members.

But for the 40-plus counts of sexual assault, Monis had been free on bail. His next court appearance was set for Feb. 27, but he reportedly died when police rushed into the cafe where hostages were held. Let's repeat: Monis would have remained free on bail through that appearance.

Monis's situation reflects the larger laissez-faire attitude toward an epidemic of sexual assault in Australia. A 2014 study found that "16.4% of women 15 years old or older in Australia and New Zealand have been the victim of sexual assault by someone who wasn't their partner. ... This compares to the global average of 7.2%." In a government study, 57% of female respondents reported being physically or sexually assaulted at least once in their lifetime.

The truth is that if violence against women was taken seriously, especially in the court of law, Monis would have been behind bars, and, potentially, the #SydneySiege never would have happened.

This sentiment has been widely expressed on Twitter, with people questioning how someone like Monis could be allowed his freedom:

Right-wing Australian Prime Minister Tony Abbott — who the Guardian says has "primary responsibility" for "women's policies and programs" — has some serious work to do. That is, if he's able to begin rethinking his own controversial beliefs about women — including the one where he thinks men have a "right" to "demand" sex from women.