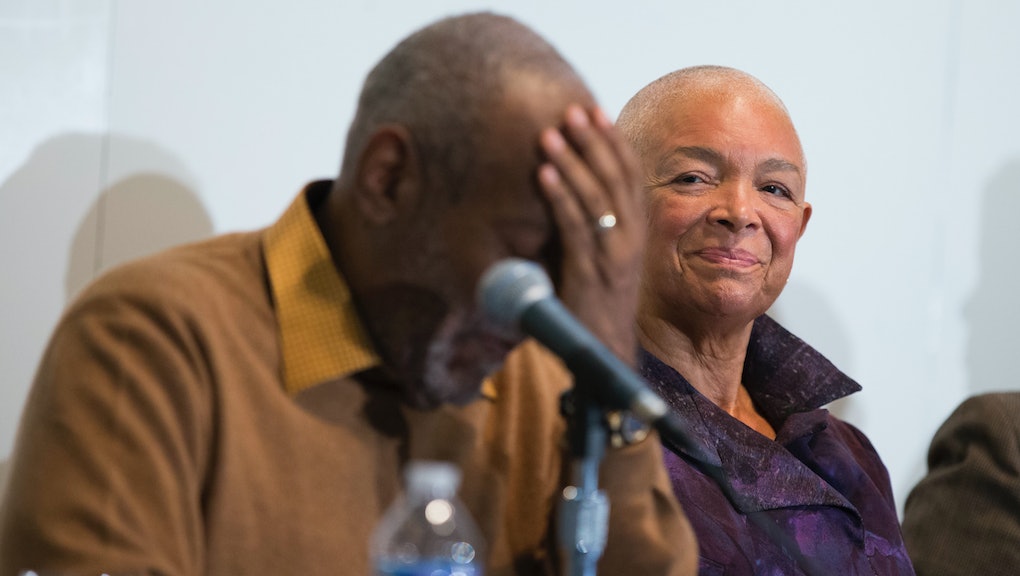 The news: After months of silence in the face of rape accusations against her husband Bill Cosby, Camille Cosby released a statement Monday defending him. However, to defend Bill's character, Camille invoked the problematic reporting in the recent Rolling Stone story about the alleged University of Virginia rape.

There's a big problem with Camille's statement: victim blaming. By building her defense of Bill on the errors in the Rolling Stone article, she's attempting to use a singular instance of journalistic irresponsibility as proof that rape victims are lying.

The wrong tack: Though the Rolling Story was flawed, the problems in the reporting still don't make its protagonist a liar. By drawing comparisons between the Rolling Stone story and the multiple women who have come forward with allegations against Bill, Camille is trying to attack the credibility of everyone involved by creating parallels between two very different cases.

Camille acknowledges that "none of us will ever want to be in the position of attacking the victim," yet by questioning who the real victim in a rape really is, she does exactly that. Coming forward as a rape victim is already difficult. But when public statements surface questioning the validity of who is the real victim in rape, that difficulty is compounded.

A problematic trend: What's especially problematic about the statement is that she seems to be playing into the very idea that many feared could set the sexual assault and campus rape dialogues back by decades. If "Jackie" was lying, so must every other rape accuser, people may try to argue. But the veracity of Jackie's account has absolutely no bearing on the veracity of Bill Cosby's accusers, and vice versa.

Camille Cosby is hoping that she can distract attention away from her husband by perpetuating the myth that a vast majority of rape accusations are false. This, however, is simply not true. Sexual assault is a well-documented problem on campuses, and false reporting rates continue to be well below the public perception.

As Mic's Elizabeth Plank wrote, If you ask college kids how many rape accusations turn out to be false, "half of them will tell you it's about 50%. In reality, the percentage hovers between 2%-10%." The University of Virginia specifically has long been known as one of many universities in the U.S. that has a systemic sexual assault problem.

The takeaway: Though this situation and these allegations toward her husband of 50 years must be difficult for Camille, turning the situation around to blame the victims is not the right way to exonerate her husband. While Rolling Stone's lapses unfortunately compounded the aura of doubt surrounding rape victims' allegations, that already existed.