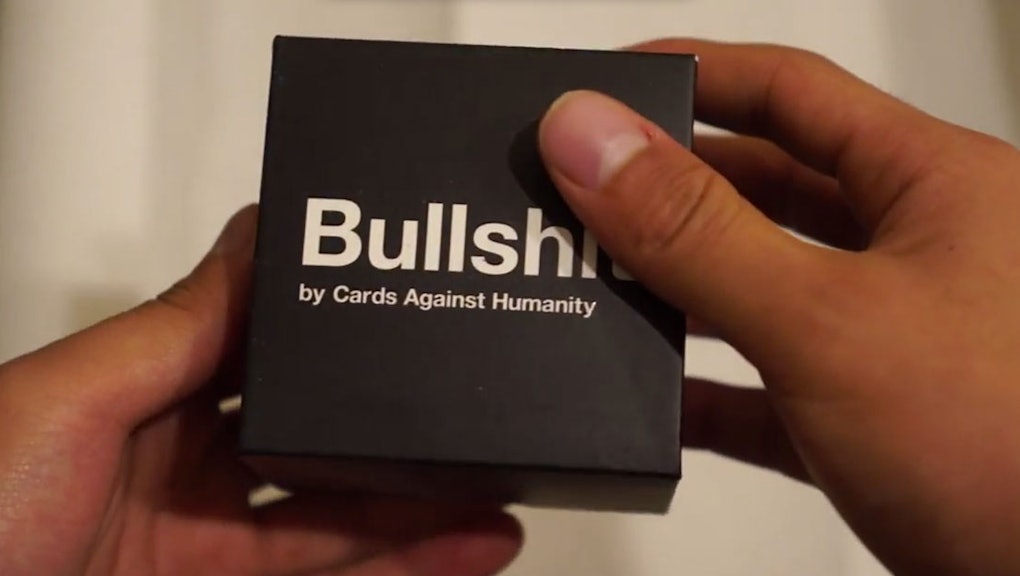 Cards Against Humanity Actually Trolled 30,000 People With $6 Boxes of Poop

If someone tells you that you are purchasing a literal box full of poop, then maybe you should listen.

But the game company wasn't bluffing, and now it has $180,000 while those 30,000 people have started receiving in the mail literal boxes of bullshit.

To be entirely sure, LAist ordered one of the boxes and posted a verification unboxing on YouTube last week:

There you have it: This evil plot actually reached fruition. Leonardo DiCaprio's character in The Wolf Of Wall Street might be able to sell a pen, but even he couldn't sell so much crap for such a high markup.

The people who received this stinky package have no one to blame but themselves. Cards Against Humanity co-creator Max Temkin made it explicitly clear on Twitter that all anyone was getting was poop:

And even when people thought it was a joke, he assured them it was not.

As Gawker's Andy Cush points out, the shit-buyers still haven't learned their lesson. The plastic-wrapped crap boxes are now getting bids on Ebay, meaning that Cards Against Humanity has successfully established a small collector's market of people literally purchasing and selling poop. Congratulations, consumers, you really will buy cheap crap for no reason.

Still, Cards Against Humanity's trolling has a happy ending. Part of the company's explanation of the prank Wednesday revealed that the prank's profits were donated to Heifer International, to the tune of $6,000.