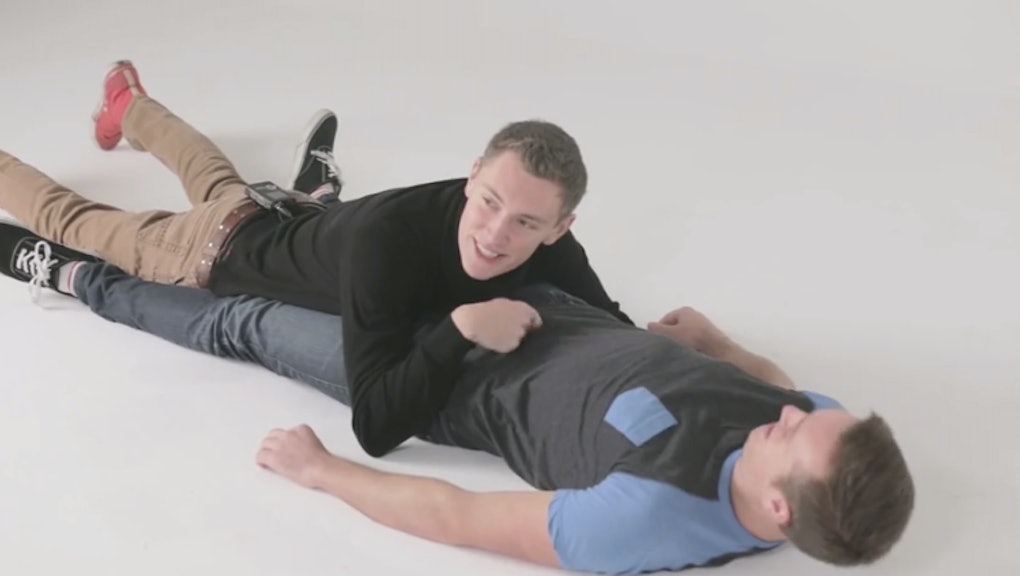 One Hilarious Video Reminds Us What Great Sex Is Really About

What makes for great sex? If there were one simple answer, Cosmopolitan wouldn't exist. But a hilarious viral video is giving us one important reminder: Good sex means being totally comfortable with your partner, even when things get seriously awkward to the point of hilarity.

Cut Video, the guys who brought you the weed-smoking grandmas and 100 years of beauty trends in one minute, got our attention last week with "Real Couples Playing Sexy Charades" — or, more literally, couples acting out hilariously named sex positions you might find in the aforementioned women's magazine.

No matter that obscure, ambitious sex positions like "One Sausage Wrapped to Go" (a real position, apparently) and "30 Minutes on Hold With Comcast" (definitely made up) are intimidatingly unrealistic, and they fail to reflect how real couples, gay and straight, actually do it. But the couples in the video gamely bent over (or under, or around) and tried them all out.

The best part? These couples talked and laughed their way through the whole thing. And that's a big deal. It's not just conventional wisdom that says being relaxed with your partner makes for better sex; studies have shown that overcoming anxiety and talking freely about sex, especially during sex itself, increases sexual satisfaction.

That probably means that working on achieving total, unembarrassed comfort with your partner is a better bet than nailing the "One Sausage Wrapped to Go" position.