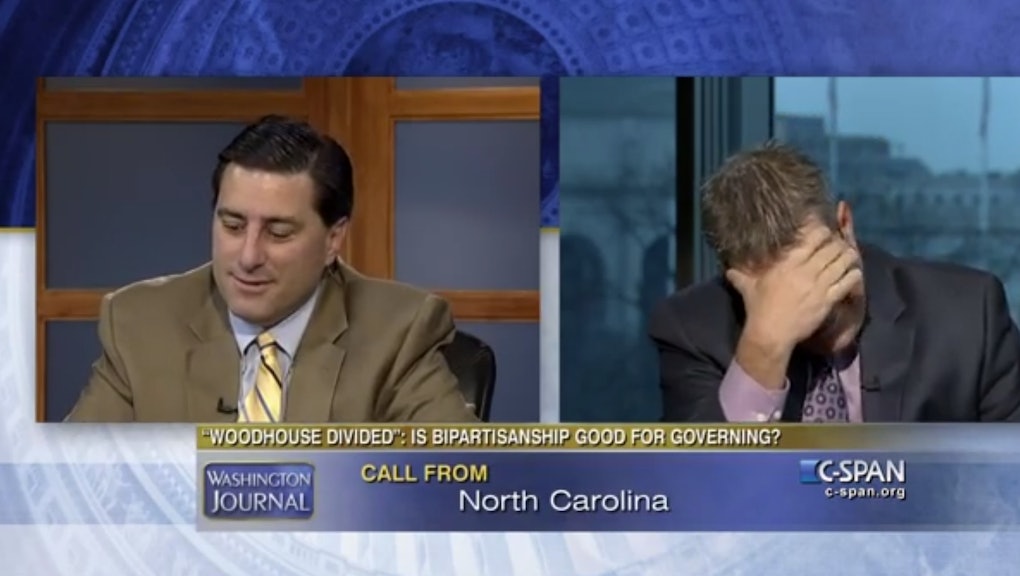 Something amazing happened Tuesday morning on C-SPAN, and it might be the best clip we've ever seen.

Brad and Dallas Woodhouse are brothers who occupy different ends of the political spectrum. Brad is the president of the liberal groups Americans United for Change and American Bridge, and a former Democratic National Committee official. Dallas is a Republican operative and president and founder of Carolina Rising, a conservative group in the Tar Heel State. The two frequently appear alongside each other to debate politics and policy issues.

The pair appeared Tuesday on C-SPAN's signature call-in show Washington Journal to debate the issues of the day and field questions from callers.

They got an unexpected surprise when "Joy in Raleigh, North Carolina" got on the line.

"Oh God, it's Mom," said Dallas, as he immediately recognized the voice and hung his head in his hands in embarrassment.

Joy was calling in to scold her sons for their incessant partisan bickering, especially over the holidays. "I'm hoping you'll have some of this out of your system when you come here for Christmas," Joy said. "I would really like to have a peaceful Christmas."

The encounter was incredibly touching, and a helpful reminder that mothers can always find a way to embarrass you, even while you're on television: