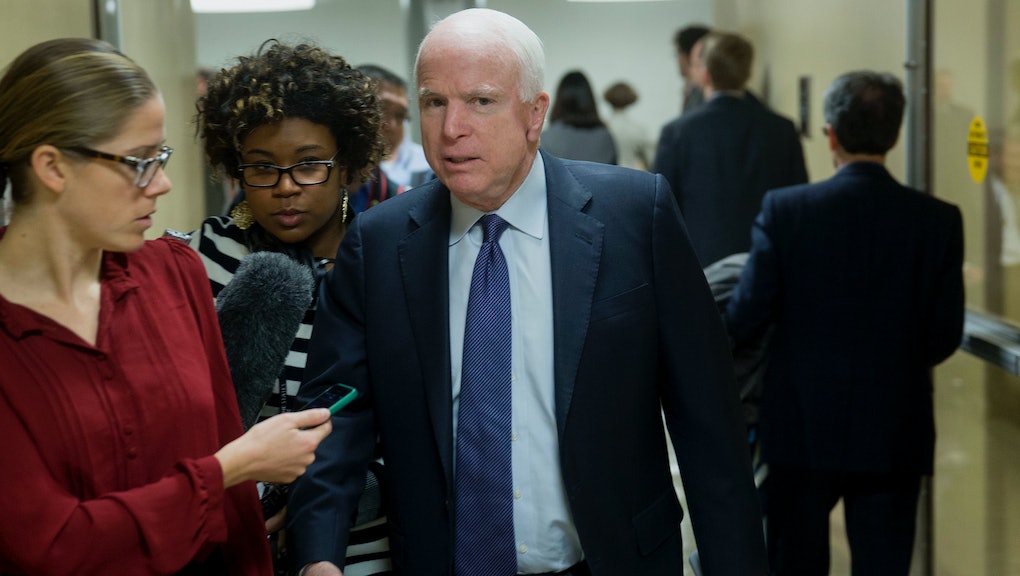 The CIA Tortured People for Years. Meet the 5 Brave People Who Tried to Stop It

Given the public reaction to many of the details in the Senate Select Committee on Intelligence's torture report, it should come as no surprise that there were officials in the CIA and elsewhere whp were just as horrified by the interrogation methods. Some even tried to do something about the abuses.

Because these critics performed their jobs behind the scenes, however, the American public hasn't heard much from those who said "no" to torture. Here are a few who stood up for what was right:

Soufan, a former FBI agent, argued against the use of torture during his time with the bureau and became one of the more public anti-torture advocates after his resignation in 2005. "Using torture only makes us less safe," he told the New Yorker in 2012. "Not only does it generate false leads and unreliable information, passing up chances to get actionable intelligence, it also helps terrorists recruit — as we saw with Abu Ghraib in Iraq."

Mora, the former general counsel for the Navy, began investigating the treatment of Guantanamo Bay detainees all the way back in 2002. He butted heads with other government officials as he worked to keep torture from becoming a legal norm. He was honored in 2006 with a John F. Kennedy Profile in Courage Award for that work.

Not everyone who stood up against torture exits their career with recognition for their work. Lt. Col. Vandeveld was a Guantanamo prosecutor who learned that a teenager under U.S. detention had been abused. He refused to prosecute, leading to his being barred from the prosecutors' office and threatened with being kicked out of the Army, per the Los Angeles Times.

Capt. Fishback told the country that his own unit was mistreating prisoners in Iraq, writing an open letter to Sen. John McCain that led to an anti-torture amendment to a Senate bill. "Some argue that since our actions are not as horrifying as al-Qaida's, we should not be concerned," he wrote in the letter. "When did al-Qaida become any type of standard by which we measure the morality of the United States? We are America, and our actions should be held to a higher standard: the ideals expressed in documents such as the Declaration of Independence and the Constitution."

Sgt. Darby is the one who first blew the whistle on the Abu Ghraib abuses in 2004. After his name got out, he received threats and saw his home get vandalized. "We did not receive the response I thought we would," his wife Bernadette Darby told ABC News. "People were, they were mean, saying he was a walking dead man, he was walking around with a bull's-eye on his head. It was scary."

But these examples still serve as an important reminder: There were people in the military and intelligence agencies who knew that these abuses weren't right. If only more leaders had felt the same way.