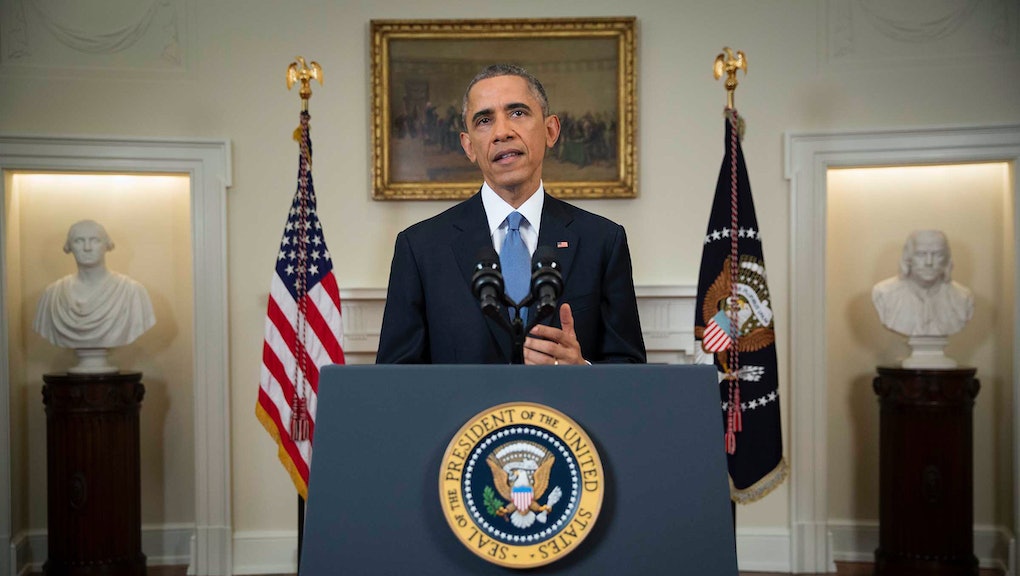 More than 50 years after the U.S. cut off relations with Fidel Castro's communist government in Cuba, the Obama administration announced Wednesday that the two countries had agreed on the framework for plans to re-establish diplomatic ties and open long-restricted avenues for travel and commerce.

As part of the broad agreement, American Alan Gross has been released on humanitarian terms from a Cuban prison after five years. The U.S. will also swap three Cuban nationals imprisoned for spying for a U.S. "intelligence asset" who has been jailed in Cuba for more than 20 years.

Senior administration officials say the U.S. will open an embassy in Havana as soon as possible and send a high-profile delegation to the island, just 90 miles south of Florida, for a summit in January. The backchannel conversations between diplomatic officials were first authorized by President Barack Obama in spring 2013, with face-to-face negotiations beginning in June 2013. The talks were held in Canada and the Vatican, where Catholic Church officials — with Pope Francis' active backing — encouraged and supported reconciliation.

There is no formal agreement yet, and there will be more talks in the coming months. For now, though, here is what you can expect to change as a result of this historic detente:

1. The travel ban has been significantly modified.

Tourist travel is still prohibited under the deal. That part of the embargo can only be overturned by an act of Congress. Given the makeup of the incoming House and Senate and the strength of the anti-Castro lobby in south Florida, it is unlikely to change anytime soon.

But travel will get a whole lot easier for people with family or business in Cuba. Families have had expanded travel rights since Obama's 2009 executive actions took caps off the number of visits family members could make.

Who will be able to visit: Musicians and artists with scheduled concerts, performances or exhibitions will be granted licenses to travel, as well as journalists, individuals working on behalf of the U.S. government and sports teams wishing to play exhibition games or conduct clinics. Educational and religious groups, many of which had already set up travel programs, will have fewer bureaucratic hurdles to jump in getting their licenses.

Perhaps most important, business groups wishing to consult with Cuban companies or discuss potential partnerships will also be allowed to visit.

Unlike in the past, travelers will now be able to use their credit and debit cards while in Cuba. The U.S. previously banned consumer banking on the island.

The White House estimates that less than 5% of Cubans have access to the open Internet. That is about to change dramatically. As part of the deal, consumer devices (iPhone!) and related software, apps and services will all be made available to regular Cubans.

Additionally, telecommunication providers will be given access to the country and permission to build necessary infrastructure (like cellular towers) to establish better Internet connectivity and mobile phone service.

3. Americans can send money to family members in Cuba.

Senior administration officials say that the cap on remittances — the cash Americans are allowed to send to family members in Cuba every three months — will be raised from $500 to $2,000. This is only for Cuban civilian nationals. Government and communist party officials are not eligible to receive American money.

4. Cuban cigars are on the way.

If you enjoy Cuban cigars, or think you might, then Wednesday's news is a welcomed one. As part of the parameters laid out by the White House, Americans traveling legally in Cuba will be allowed to bring home up to $400 in Cuban goods, including up to $100 of tobacco and alcohol.

You will not, however, be able to buy those cigars in bulk online or over the phone. The last legal order came from President John F. Kennedy's White House hours before the embargo was announced in 1962. For now, it's just a matter of asking your friends to grab a few on their way back home.

5. Cuba is about to come off the "state sponsor of terrorism" list.

On March 1, 1982, Cuba was designated a "state sponsor of terrorism" by the U.S. State Department. With that comes an assortment of trade and aid bans. If Secretary of State John Kerry and his diplomatic allies can strike a deal here, another wide range of potential business deals, public and private, are suddenly back on the table.

What's next? What began, we're told, with letters from Pope Francis to Obama and his Cuban counterpart Raul Castro, has brought the rivals to the doorstep of reconciliation. While there is still work to be done — watch for that January meeting in Havana — before the U.S. and Cuba enjoy can formally call themselves allies, Wednesday's announcement brings the countries closer together than they've been in more than a half-century.

"Today, we are renewing our leadership in the Americas. We are choosing to cut loose the anchor of the past, because it is entirely necessary to reach a better future — for our national interests, for the American people, and for the Cuban people," Obama said Wednesday afternoon.

Castro, speaking at about the same time, welcomed the renewed overtures and promised his country would go forward in resolving future differences in a "civilized manner." The Cold War ended with the fall of the Soviet Union in 1991. It's about time relations with Cuba started to warm up, too.