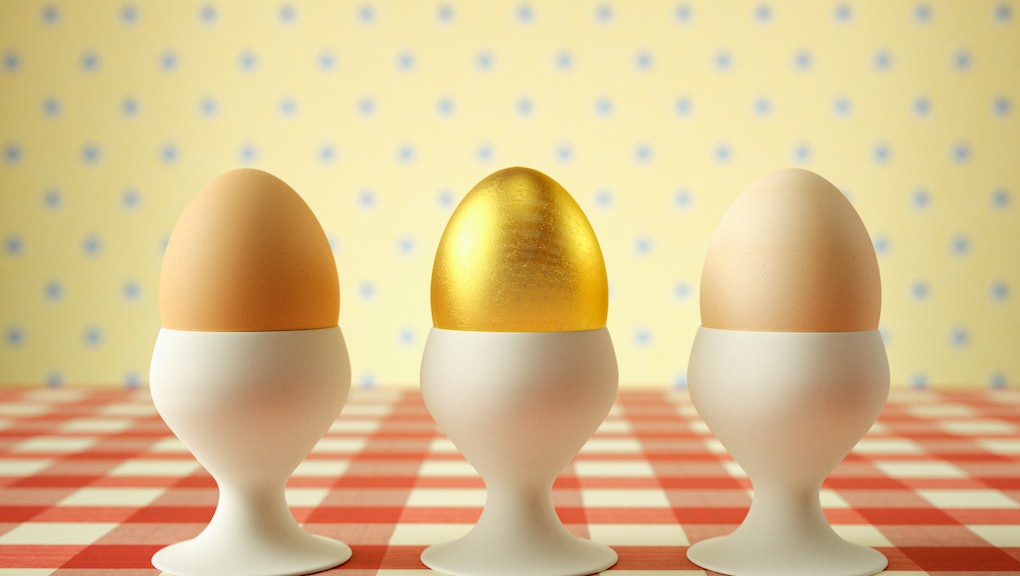 One Chart Exposes the Sad State of Economic Inequality in America

Are you wealthy in America? Congratulations! You've got a bright future ahead of you. Are you middle- or lower-income? Sorry, but you're probably not going anywhere.

This bleak update on the state of inequality in the United States is brought to you by Pew Research, which released a new study on the wealth gap on Wednesday. According to the new numbers, the chasm between the wealthiest Americans and everyone else is at its widest point since the Federal Reserve began collecting the data 30 years ago.

The disparity is even worse between wealthy and lower-income Americans: The former have a median net worth of nearly 70 times that of the latter.

As the Los Angeles Times explains, wealth is measured by the value of assets — homes, cars and stocks, minus debt. This is different, though no less illuminating, than measuring income, which looks only at earnings and wages. And as it turns out, measuring wealth inequality actually paints a more dire picture than measuring income inequality, which is on the rise too.

This may be why, as Pew posits, "the majority of Americans are not feeling the impact of economic recovery, despite an improvement in the unemployment rate, stock market and housing prices."

Put another way, 2013 was a record-breaking year — but for all the wrong reasons.

This isn't new, though. Economists, politicians and journalists alike have drawn attention to rising inequality, in both wealth and income, in America. French economist Thomas Piketty wrote an extensive and splashy analysis of the trend in his book Capital in the 21st Century, and there have been a number of studies in the last year alone dedicated to measuring how bad things have become.

Washington has gotten in on the action too, with politicians such as Elizabeth Warren and Bernie Sanders championing methods for reducing inequality's grip on America and calling out those whom they believe are responsible.

"The big corporations that are enjoying record-breaking profits — the wealthiest people — are doing phenomenally well," Sanders said in 2013. "They're not sitting on their money. They're putting huge amounts of money into the political process so they get even more tax breaks, and more ability to outsource jobs, more ability to put their money in tax havens in the Cayman Islands."

But Americans themselves know that there's a problem too. In October, when Pew asked what the greatest threat to the world was, more Americans said income inequality than anything else, including pollution, nuclear weapons and disease.

There's more at stake than just moral debates. Inequality has very real effects — not only on those who suffer most from it, but on everyone. Besides acting as an agent for social decay, it also stunts economic growth and can stop those without money from reaching positions of power in both politics and business.

As economist Joseph Stiglitz wrote for the Guardian in 2012:

Inequality leads to lower growth and less efficiency. Lack of opportunity means that its most valuable asset — its people — is not being fully used.

The American Dream may still exist, but only for the wealthy. Everyone else is having trouble getting comfortable enough to fall asleep at all.