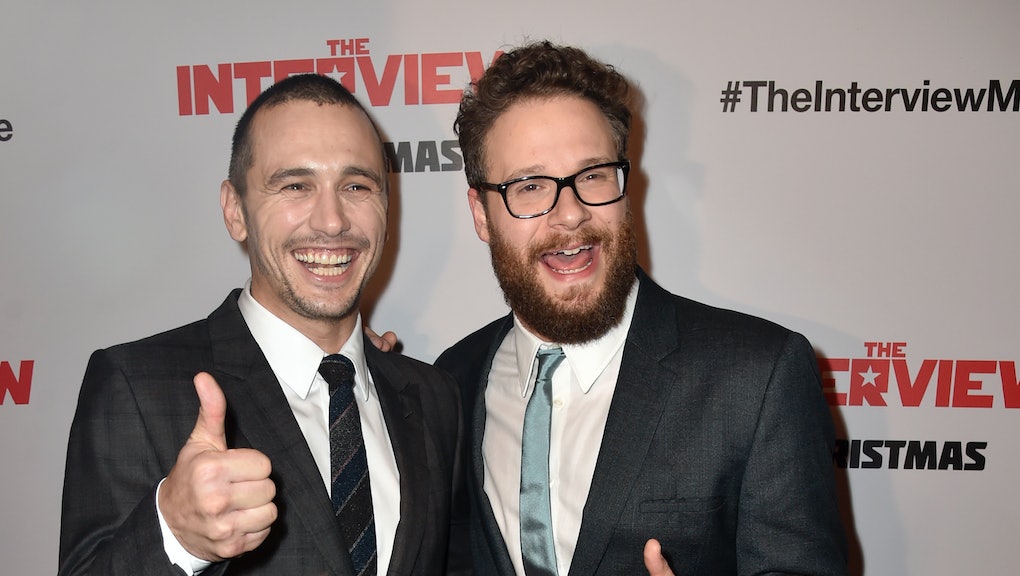 The Interview just got assassinated.

An unknown (but probably North Korean) hacker group called the "Guardians of Peace" has somehow bullied Sony into pulling the upcoming Seth Rogen/James Franco film The Interview, which ends with Kim Jong-un being roasted alive by an exploding tank shell. After leaking virtually all of Sony's private data, including countless embarrassing emails from its executives and the personal info it its employees, the group threatened that theaters showing the movie would experience "11th of September"-style terrorist attacks.

As a result, The Interview is no more.

Perhaps the Sony really was concerned with safety. But it's equally valid to note Sony buckled under the pressure and allowed itself to be bullied into killing the movie. Abandoning The Interview was a terrible business decision and proved cyber-extortion works, especially given North Korea's history of less-than credible ultimatums like threats to nuke the U.S. or turn Seoul into a "sea of fire." Even the DHS was skeptical.

On Twitter, lots of people had their say. Some accused the company of panicking over nothing or sheer cowardice, pointing out how quickly the logic of "we don't negotiate with terrorists" crumbled at Sony:

Some of the funniest Tweets mocking the North Korean government, either for its perceived ineptitude or completely over-the-top rage over a stoner movie:

Others pointed out that when cyber threats are launched at people who aren't big movie companies, no one gets so excited:

Some just worried about the implications:

Then this guy had the right idea:

The full, totally vague threat originally received by Sony Pictures is below:

Meanwhile, Sony Pictures does not currently have any plans to theatrically release The Interview. Which might actually be a secret blessing for the company, seeing as the leaked emails also reveal it's a real stinker.