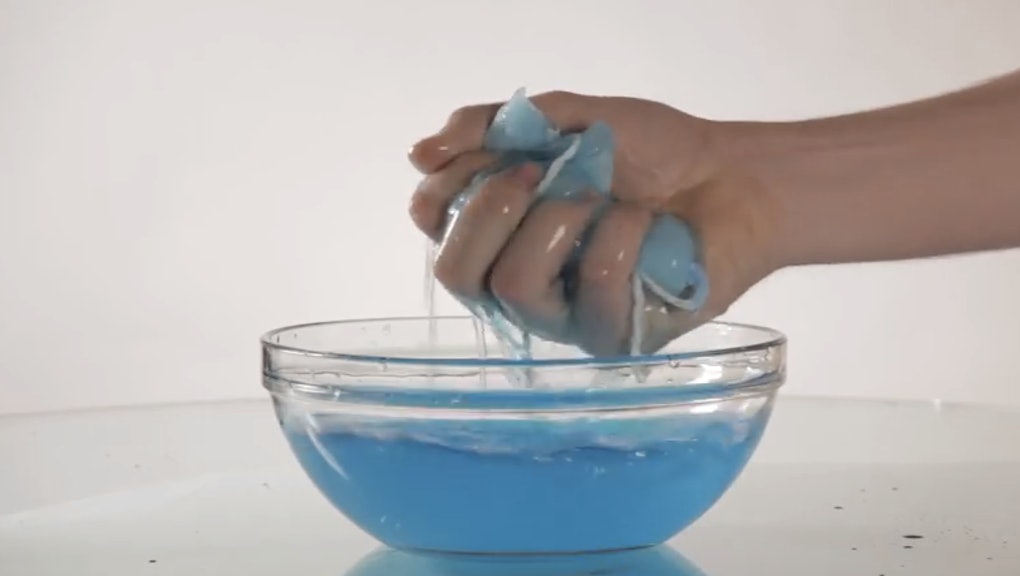 Do you need something dependable for when tiny eggs come pouring out of your vagina covered in blood? Then this hilariously reimagined Tampax commercial is right for you.

Produced by New York University sketch comedy group Hammerkatz, the mock commercial envisions how tampons would be marketed if men — the majority of whom seem typically clueless about menstruation — were in charge of explaining periods.

"When that thing that happens," this fictional, all-male advertising team at Tampax is here for you! And they want you to know that their products are undoubtedly the best, "whether your vagina is tall, short, round, square or shaped like a weird ghost."

Other gems of misinformation repeated by the mansplaining team include involve timing (it's almost impossible to know when periods will actually arrive, it could be once, twice, 15 times a month or 100 times, according to these dudes) and biology. Or does everyone not know that tampons soak up all the blood, sweat, tears, mucous and Gatorade that come out of women's bodies? Because, science.

Speaking of science, the utter absurdity of men's cluelessness surrounding periods is hyped up for laughs in this clip, but the Daily Dot points out that their ignorance is not without real-life implications: NASA once asked Sally Ride if 100 tampons were enough for a week's journey in space (that's way too many, in case you were wondering).

While entertaining, the commercial has a point: Too often, men seem mystified by those pesky "monthly visitors." But it's not entirely their fault. As Mic previously noted, a 2011 study discovered that "most men reported never learning about it in school, and while some had family members who broached the topic, others never did."

Unfortunately, the "ignorance is bliss" argument isn't quite so funny when you consider that the majority of advertising teams, many of which are surely charged with marketing women's products, are male-dominated. How else do you explain the blue liquid-meets-white pants commercials we've endured for decades?

It's time to move away from these tropes and embrace more realistic portrayals of that time of the month. And no more blue dye, OK?