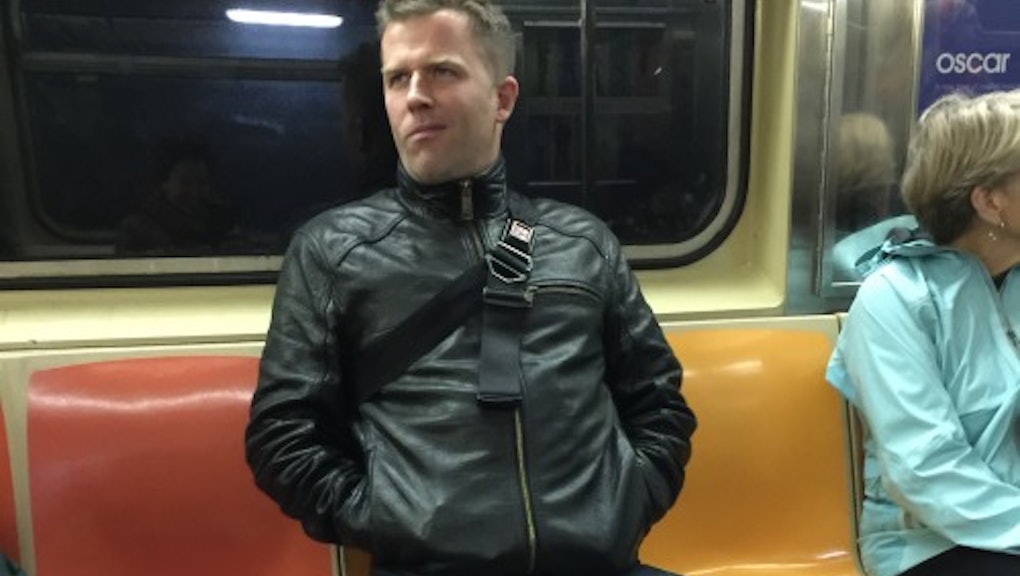 Like poison ivy, manspreading is a scourge in the garden of life.

You know what we're talking about: That thing where men — and yes, it's almost always men — spread their legs so wide that they encroach upon the personal space of the commuters sitting next to them. Alternatively called "lava balls" and "subway spread," it's a phenomenon familiar to anyone who's taken public transportation.

Luckily for the rest of us, one woman has taken it upon herself to confront the manspreaders savaging public transportation around the country. Gothamist's Lauren Evans recently took to the New York City subway to interview the men she found taking up too much space, asking them if they were aware of what they were doing (many weren't), and what they thought the appropriate amount of personal space was (it varied greatly).

"We have no choice to have our legs like that, you know what I mean? It's different for a woman," one man told Evans. "Have you noticed? Every man on the train has their legs wide open, am I correct? But you have to." Others commuters argued that they only take up a lot of space when there's no one around, though the veracity of that claim is difficult to prove.

Eventually Evans pulled out a tape measure and asked the men to measure the distance between their knees. The numbers were mixed: Some said six inches, while another came up with 18 inches.

Sadly, many didn't seem to realize that they were doing anything wrong. "Have I ever thought that I'm taking up too much space? Not really," one said, before it finally dawned on him: "But maybe now I am."

The New York City subway system, for its part, has recognized the irritation that stems from man spreading. In November it announced a campaign that would address the limb-related pestilence. And while its eradication means we'll miss out on creative videos like Evans' and the opportunity to publicly shame manspreaders, ladies can probably agree: We certainly won't miss the act itself.