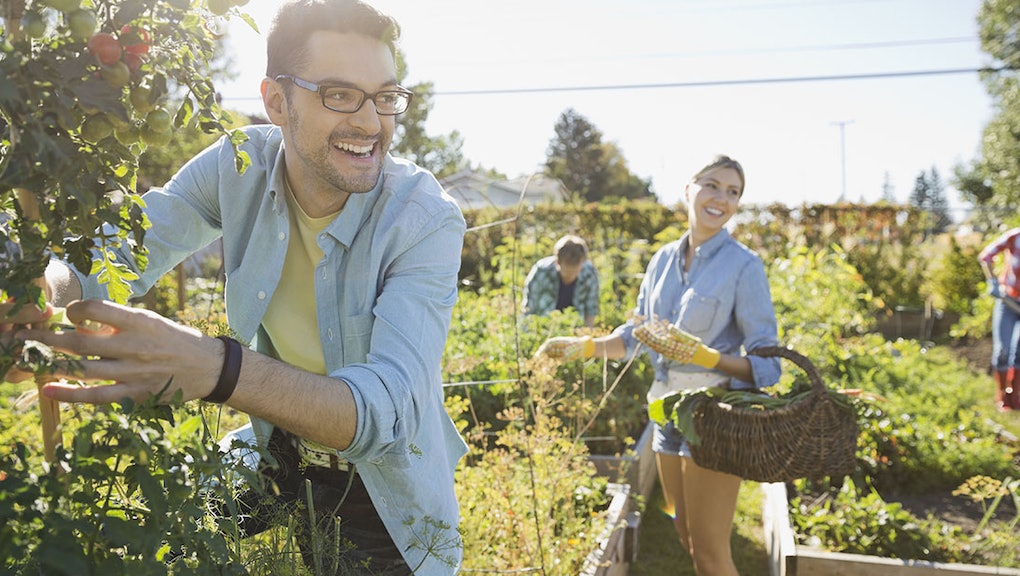 They relapse after just one year.

In their survey of 11,000 Americans, an astonishing 84% of vegetarians and vegans go back to eating meat. Of those, 53% relapse within a year, and more than 30% can't last three months. The researchers termed these results "disappointing."

Why is this happening? Basically, most Americans who skip out on pork chops, burgers and chicken pot pies are just going through a phase. Yes, the fact that meat is delicious (and kind of addictive) is probably tempting many vegetarians back to the fold. But the research team also notes that the social consequences of ditching meat played a big role as well, whether it's a lack of support from friends or concerns over being the only picky eater during a group outing.

The difficulty of ditching meat has been well known for some time. As Skeptoid noted back in 2011, previous studies show that the number of lapsed vegetarians actually outnumbers committed ones 3-1. These studies noted problems such as finding fresh veggies, longer meal preparation times and monotonous meal choices. In one of the surveys Skeptoid covered, 35% of former vegetarians cited "declining health was the main reason they reverted back to eating flesh."

Still, more people have tried it than you think. The Humane Research Council's report indicates that up to 12% of Americans have gone meatless for some length of time, even if all but 2% couldn't stay away forever. Time's Zara Kessler has argued that it's likely many of those former meat-deniers have simply chosen to moderate their meat consumption instead.

But what is clear is that Americans find it around as difficult to ditch sizzling bacon as they do smoking cigarettes. Vegetarianism might be trendy, but meat apparently still has a few tricks up its sleeve. It will take a lot more than a few celebrity testimonials to convince the states to give up their beef, pork and poultry. It really is just too good to give up.

Perhaps one day technologies like vat-grown meat will allow meat-eaters and vegetarians to meet in the middle. But do remember that vegetarians live far longer than meat-eaters, so maybe they'll still have the last laugh.