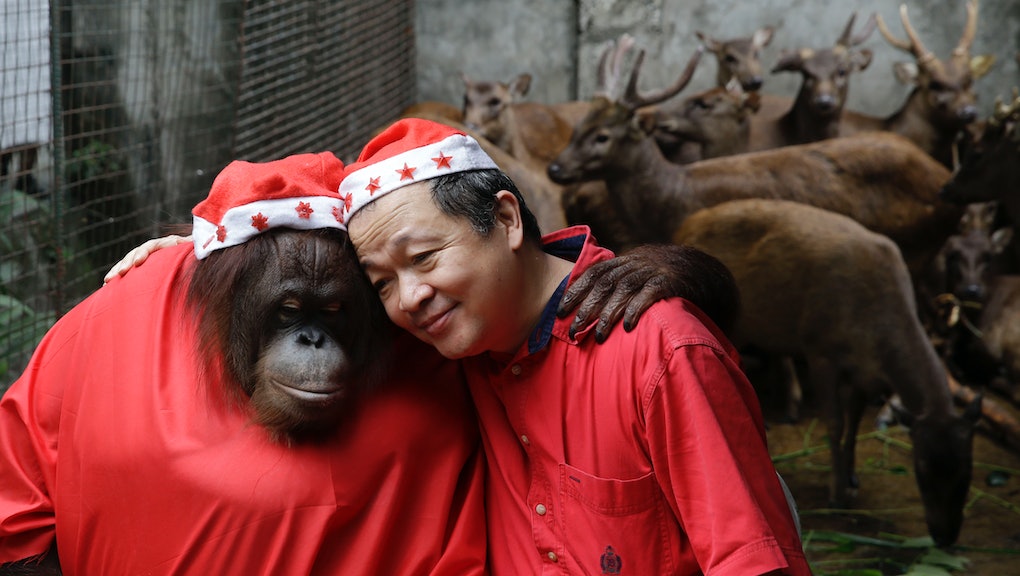 Shaking hands is so over. There's one way to dodge getting sick this season, and it has nothing to do with getting a flu shot. According to a new study, hugs can help to prevent sickness, especially for people who are stressed.

New research from Carnegie Mellon University reveals that "greater social support and more frequent hugs" decreases the risk of infection that stress exacerbates and also reduces the severity of symptoms.

The science: Researchers surveyed 404 healthy adults about how often they get hugs and how frequently they deal with interpersonal conflict. Following the survey, the subjects were exposed to a common cold virus and their symptoms were monitored in quarantine.

The results revealed a connection between perceived social support, the severity of  symptoms and the risk of illness. Moreover, they found "hugs were responsible for one-third of the protective effect of social support."

The reason behind hugs' magical power: Hugs are usually representative of a deeper, more personal connection with a person. And science has found that people who have greater social support suffer less from the effects of stress and tend to have less symptoms of anxiety and depression. People who deal with ongoing social strife and conflict are less able to fight off illness.

So forget the fighting and hug it out. Because there's now a whole new meaning to the sentiment that sometimes a hug is all you need to feel better.